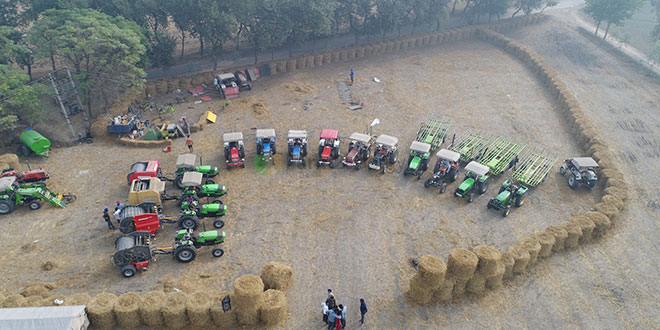 New Delhi: Farm2Energy, a startup that claims to have found the solution to stubble burning, urges the farmers of Punjab to take a vow to not put paddy on fire and convert it into biofuel instead. The organisation offers a fully mechanised solution to paddy straw burning. It provides an integrated biomass supply solution for the advanced biofuels, biopower, and bio-based products industries, by processing paddy straw, corn stover, sugarcane trash, and wheat straw and wheat sailage.

We are working relentlessly on educating farmers not to burn stubble; we pluck stubble in a mechanised way, collect it from the farms and then process it into coal using technology. Thus working towards curbing the air pollution problem, providing bio-fuels to industries and also helping the farmers make their farms ready for the next crop without any delays and hassle of dealing with the soot after burning the paddy, resulting in reducing overall costs for the farmers, informs Preet Chandhoke, Chief Innovation Officer, Farm2Energy.

Talking further about the process, Mr. Chandhoke said, “We are able to clear one acre of land in ten minutes with help of one baler machine. The collected paddy is then made into cylindrical bales of 300 kgs each by the automatic bales itself which are picked and carried by trolleys that have the automatic loading and unloading capacity. These bales are processed further to create to produce low carbon and renewable energies such as biogas, biochar, bio pellets and torrefied pellets which are sold to industries.” 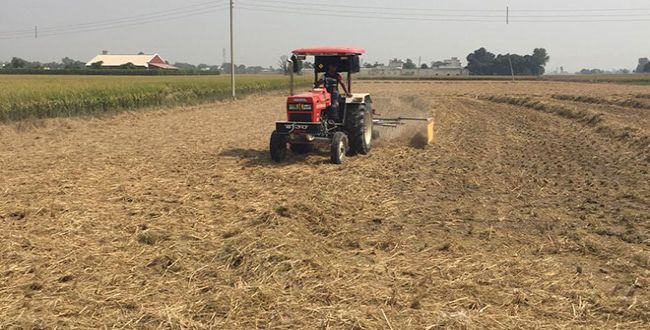 The organisation was started by a group of farmers in 2016. They were contract farming on a 500 acre farm in 2008 and when they put fire on their farm to burn the paddy, they realised that fire on that large piece of land created a massive amount of air pollution which they never realised earlier while farming on smaller farms. They figured that when a 500 acre land has produced a thick layer of smog around the farm then a total of 7500 acre land on which Punjab farmers burn paddy every year must be colossal. Wracked by guilt, they vowed not to burn paddy and decided to do something about it. So they started studying ways to treat paddy in a mechanised, more eco-friendly way. In the process, they got to know about fully automatic balers and other machines that can convert paddy straw into biochar pellets. 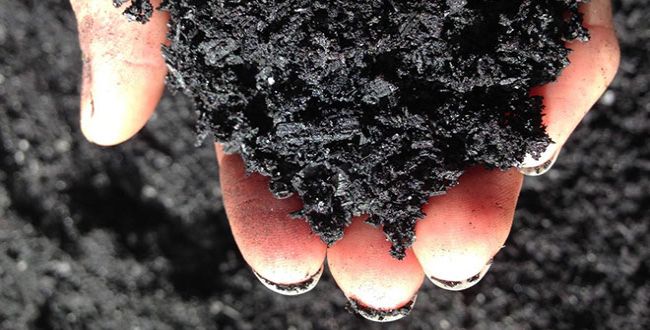 Founders Sukhbir Singh Dhaliwal and Kamaljeet Singh bootstrapped funds to buy a Rs. 25 lakh baler machine from Italy and set up a pellet-making factory in Ludhiana, Punjab. Finding the business more profitable than contract farming, they bought seven more balers from Italy, Germany and Finland with the help of funding from TAN (The Angel Network), Ludhiana, investor’s hub that promotes investment in innovative start-ups. They are now also employing indigenously produced machines for the end-to-end process of gathering paddy and supplying the processed biochar to industries. 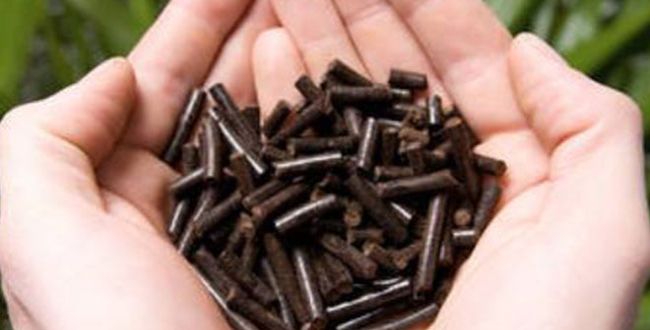 This year again, there is a threat of a massive spike in air pollution and the toxic smog covering Northern India as the fires are expected to pick up in the next couple of weeks, as farmers prepare the ground for winter planting. Using Biomass, by processing the stubble, to produce clean renewable energy can not only provide a solution to stubble burning problem in North India, it can also reduce reliance on fossil fuels, further reducing greenhouse gas emissions and air pollution.

Fires on farms can be seen already in various parts of Punjab suggesting that the efforts by authorities to stop stubble burning are not enough. Mr. Chandhoke informs that most of the farmers their team has interacted with have found the measures and machines from the government like ‘Happy Seeder’ ineffective. In the last two years, Farm2Energy has covered more than 20000 acres of land in 100 villages from Ludhiana, Hoshipur, Fatehgarh Sahib, Patiala, and Sanguru. This year, the organisation is planning to cover 15000 acres of land covering 15 villages in the district of Ludhiana. Mr. Chandhoke said,

We work with a new group of farmers every year, while still catering to the paddy removing needs of the farmers we have worked earlier with. They have seen the results and also want to offer us upto Rs. 1000 per acre to clear paddy but we respectfully refuse and in turn, ask them to take a vow to never burn paddy.