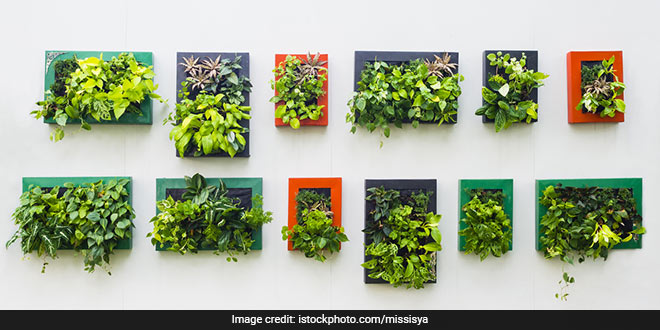 Noida: Taking a cue from China and Italy’s vertical forests, Noida has started setting up vertical gardens in a major step to help curb pollution and enhance aesthetics of the city. A vertical garden grows upward (vertically) using a trellis or other support system, rather than on the ground (horizontally). The technique, famous around the world, has also found favour in Indian cities such as Delhi, Bengaluru, Ahmedabad and Kochi. Here, these gardens would come up on pillars under the metro rail corridors, elevated roads, flyovers and drains, among other places in the city, Noida Authority officials said.

The authority has already come up with vertical gardens at its office in Sector 6, besides one under the Sector 15 flyover – the entry point of the city if one comes from Delhi by road.

There are six metro pillars in Sector 15 and we are targeting to complete the work on them by August 15. There are six pillars each in Sector 16 and 18. They are in the process of tenders and we will finalise it in the month of August only, Noida Authority General Manager Rajeev Tyagi said.

He said, “Initially we have beautified Noida’s entry point – Sector 14 A entry road from Delhi where Udyog Marg begins – so that it gives a ‘Smart City’ look. There is also a vertical garden inside the authority’s office building.”

He said once the work on these 18 metro pillars is over by August 31, the authority plans to cover all drains and expand the project in other areas of the city.

“We will cover city drains like the Shahdara Drain on the Udyog Marg with these vertical gardens. This will act as view cutter, help cut down pollution, purify air, and oxygen is obvious,” Mr Tyagi said.

Our next target will be all flyovers across Noida, we will try to give a green cover to all spaces available. We are getting a good response from citizens also, he said.