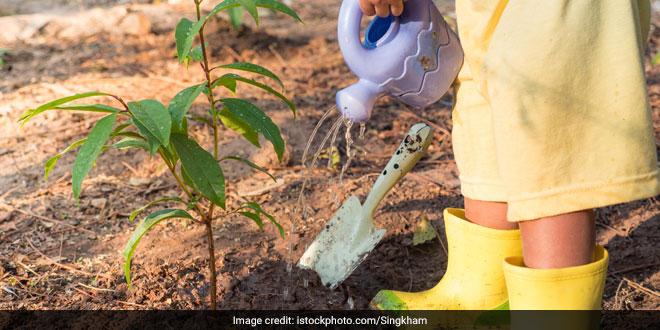 New Delhi: Did you know, one large tree can provide a day’s supply of oxygen for up to four people? Also, an acre of mature trees produces a years’ supply of oxygen for 18 people. Despite this, trees are always in danger of being cut, sometimes to meet daily requirements of paper, furniture pencils or matchsticks and at other times in the name of development like recently when around 17,000 trees in capital Delhi faced the risk of being cut to make way for a residential colony. While in case of Capital Delhi citizens rose up in protest and then the courts stepped in forcing the government to reverse the approval given for the mass tree cutting – but trees may not be this lucky all the time to dodge the axe! But not all hope is lost. There are many individuals and organisations in the country that are keeping the green India dream alive by planting trees across the states. Here are our Top 5 Green Warriors of India. 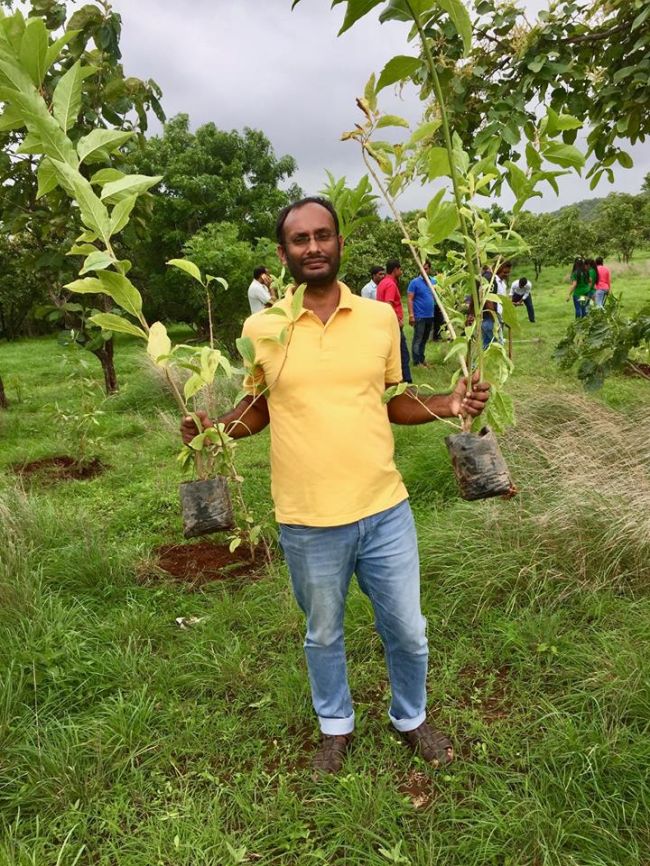 Started in 2010, Green Yatra, a Mumbai based NGO, is working with an aim to leave the world better condition than they found it in. For the same, the organisation has initiated numerous campaigns, of which one is ‘Pedh Lagao’ (Plant Trees). Under the initiative, the NGO plants variety of trees on behalf of individuals and corporates, across India. As of today, the NGO has planted 1.3 lakh trees and aims to plant 10 Crore trees by 2025.
An individual willing to plant trees or gift trees to someone can fill up an online form stating the location and number of trees to be planted and Green Yatra team will do the job. Price ranges from Rs. 100 – 200, depending on type of plant and location. Once the tree is planted, tree volunteer will receive a certificate for the tree planted on his/her behalf.

Green Yatra’s job does not end with the plantation. The team nurtures the tree for three years and in case any of the trees die during this period, they do replantation. 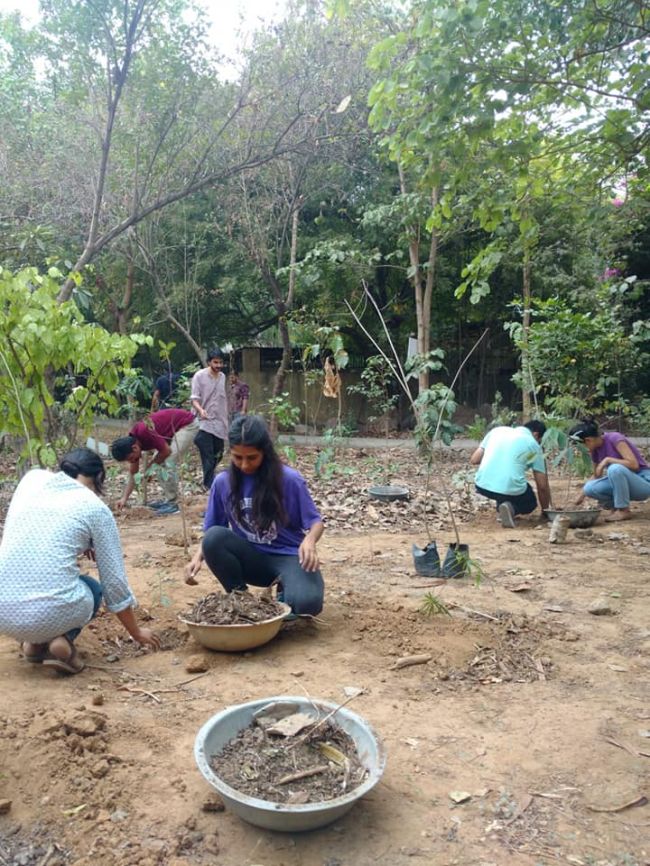 Swechha is probably one of the oldest organisations working to increase green cover in the national capital Delhi. Started in 2000, with a campaign ‘We for Yamuna’ by Vimlendu Jha, the organisation plants 5,000-7,000 trees every year. So far the voluntary organisation has planted 30,000 trees in Delhi-NCR with a survival rate of 90 per cent. Not only is this, with the swachh efforts, the team converted Airshed Park, an abandoned park in Delhi’s Vasant Kunj to little eden. Under Swechha’s campaign ‘Monsoon Wooding’, the team has planted over a 1,000 trees in Airshed Park alone. Along with this, the park has a butterfly garden, a kitchen garden, a 400 meter long trail through the budding forest, and compost set up in the middle. Today, 90 per cent of the Airshed Park has green cover as opposed to less than 5 per cent of the green cover until Swechha gave it a new lease of life.

Also Read: Monsoon Wooding: From An Abandoned Park To Little Eden, Here Is How Airshed Park In Delhi Got A New Life

3. SankalpTaru, Planting Trees By The People, For The People 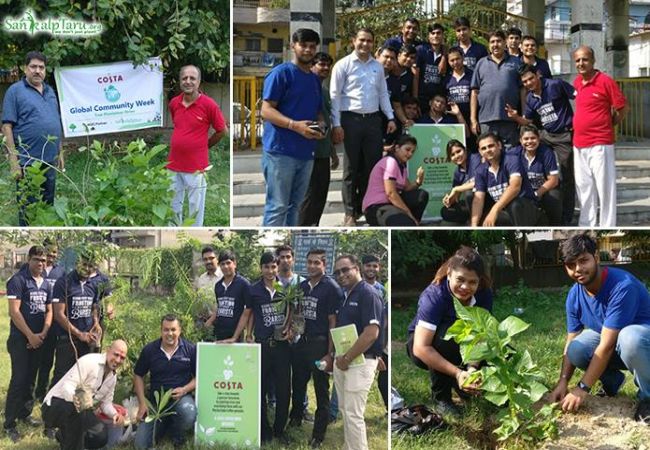 As the name suggests, Sankalp means a pledge and Taru, a Sanskrit word,means tree. SankalpTaru Foundation allows people to pledge and plant a tree online. Started by Apurva Bhandari and Balchand Bhat in 2012, SankalpTaru lets people plant trees with a minimal contribution of Rs. 149. By contributing Rs. 149, A contributor can choose the type of tree to plant, and the location for the plantation. The trees are geotagged and the GPS technology helps planters to stay connected with the tree and monitor its growth. An individual can either plant himself/herself or gift a tree to someone on their birthdays, anniversaries, and other such occasions. In case of ‘gift a tree’, recipient is notified via mail and SMS. The trees are either planted on the field of the farmers or schools or in cities. From the cold desert of Leh, Ladakh to hot desert of Thar in Rajasthan, from drought affected areas of Maharashtra, Andhra Pradesh to coastal areas in Tamil Nadu, SankalpTaru is spread across fifteen states in India. As of today, the organisation has planted seven lakh trees, with a survival rate of 95 per cent and this monsoon three lakh trees will be planted taking the number to 10 lakh trees planted by the organisation so far since 2012. 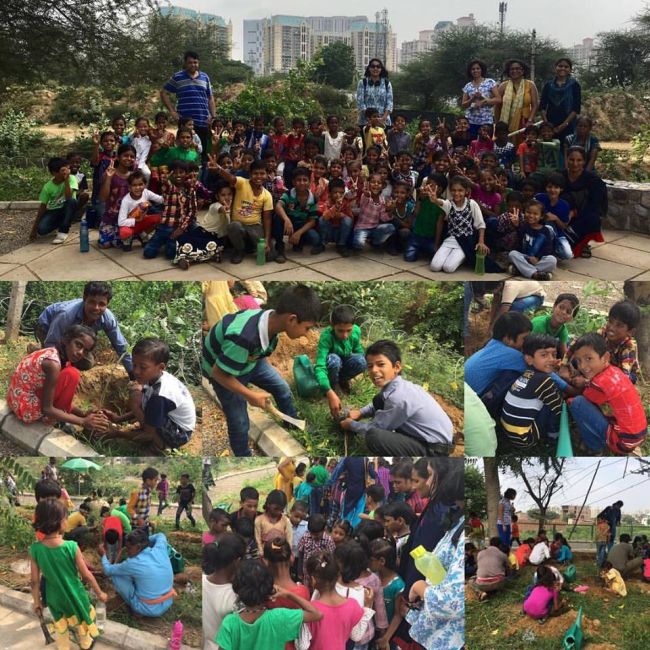 Initiated in 2009 by 53-year-old Gurugram resident Latika Thukral, ‘IAmGurgaon’, by the citizen, for the citizen initiative has taken up the responsibility to make Gurugram a better place to live in. The team of volunteers in collaboration with corporates, and municipal corporation, clean up the waste dumping grounds and give it a green makeover. The perfect example of IAmGurgaon’s initiative is Aravalli Biodiversity Park. Once a barren land, scarred with indiscriminate mining, it has now been transformed into a lush green park which has over 1.2 lakh trees. From attracting walkers, joggers, cyclists, to being home to 182 species of birds, and animals like neelgais, jackals, common palm civets, porcupines, hares, snakes, lizards and skunks, the park is brimming with life.

5. Peepal Baba, Planting Trees Across India From Past 40 Years 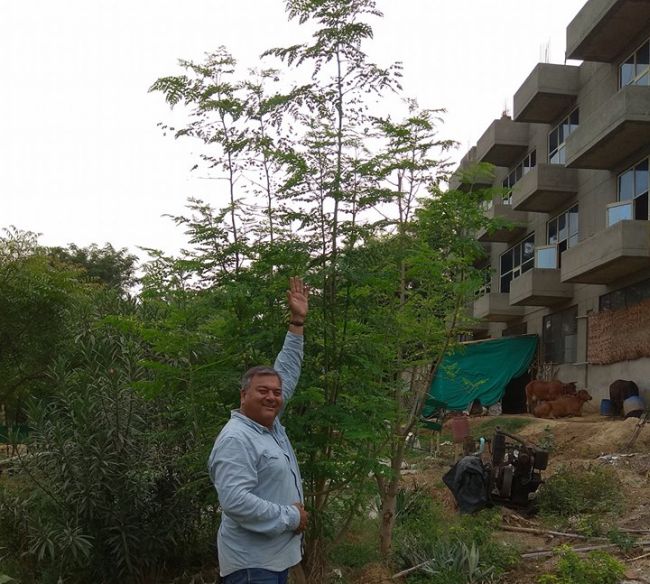 Peepal Baba has successfully planted over 20 million trees across India

It was Started as a hobby club in Pune, back in 1977 by an 11-year-old boy Swami Prem Parivartan, ‘Give Me Trees’ got registered in 2011. Dedicated to planting and conserving trees across India, the largest community based voluntary tree plantation campaign in India has over 10,000 volunteers. Also, the team has a record of planting 2 crore trees and over 1.25 crore Peepal and Neem trees, which earned Swami Prem Parivartan the moniker ‘peepal baba’. The organisation works on one simple mantra – plant only that tree which you can preserve. The team of volunteers plant only native trees so that it survives and take the responsibility of that one plant for three years.

Till date, the Give Me Trees foundation has planted trees across Uttar Pradesh, Punjab, Delhi NCR, Haryana, Maharashtra, Jammu and Kashmir, Himachal Pradesh and Rajasthan.

Also Read: A Story Of Peepal Baba, The Man Who Has Planted Over 20 Million Trees

This Independence Day, Here’s How To Free India From Unsafe Menstrual Hygiene Practices