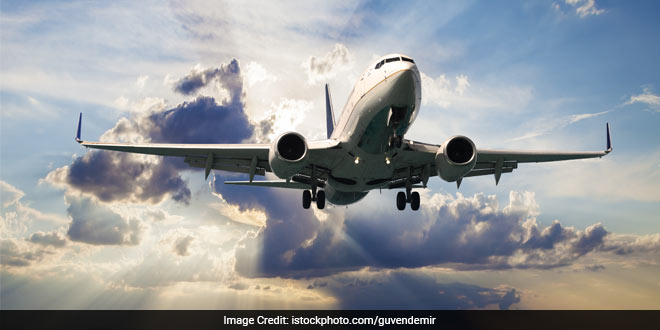 New Delhi: The National Green Tribunal (NGT) on Tuesday directed the Directorate General of Civil Aviation (DGCA) to ask all the airlines not to dispose of accumulated waste, mid-air.

While disposing a plea of a retired army officer, who alleged that an aircraft dumped human excreta in his residential area, a bench headed by NGT Chairperson Swatanter Kumar also asked the DGCA to impose fine of Rs 50,000 on the airline if any flight is found violating the directions.

As per DGCA officials, aircraft dispose of the waste through a proper mechanism, after it lands. However, cases of opening the shoot of toilets mid-air have been reported off and on.

The bench also asked the DGCA to conduct surprise checks on the airlines.

The tribunal’s direction came after Lt Gen (Retd) Satwant Singh Dahiya, a resident of Delhi, filed the petition seeking action against airlines that dropped excreta around his residence.

The waste dropped was collected by the Central Pollution Control Board (CPCB), which confirmed it to be human excreta but could not identify the source.

The petitioner called the act of dropping waste a “violation of the Swachh Bharat Abhiyan“.