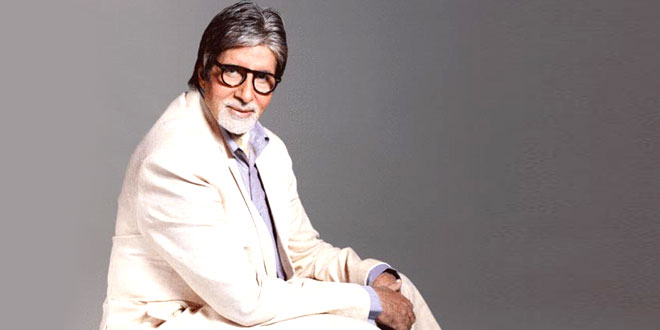 Amitabh Bachchan, the iconic actor has been associated with Dettol-NDTV Banega Swachh India campaign since it was first conceived, in September 2014. He has been extensively involved in the campaign and has helped in galvanizing the masses in the right direction.

The campaign in its first year managed to collect a massive amount of Rs 281 crore, for building toilets across rural India. Mr Bachchan tirelessly promoted the campaign in 12-hour long Cleanathon. In the second year of the campaign, he not only hosted Swachhta Ki Pathshala – a program to educate school children about basic hygiene and sanitation, but also pledged 50 hours personally for clean-up drives to help make India clean. The second year, the campaign also saw the support from various individuals and corporates who pledged over 1.16 crore volunteering hours for clean-up drives across India. NDTV-Dettol in the same year also specially curated the Hygiene Curriculum for schools in India. A 45-lesson hygiene curriculum was distributed to nearly 10,000 schools.

In the third year came #Mere10Guz initiative, wherein Campaign Ambassador Amitabh Bachchan had motivated the masses to pledge to clean 10 yards of their surroundings #Mere10Guz. While in the fourth year the focus was on waste management with the concept of ‘clean, compost and segregate’ and in the fifth year, Mr Bachchan called for attention towards efforts to beat air pollution. The same year, Mr Bachchan also raised awareness about the inhuman practice of Manual Scavenging that persists despite being against the law and the need to restore dignity and rehabilitate the people still engaged in this menial job. He also said that the country needs a sensitive, a poetic word for Manual Scavengers, something like ‘divyaang’. A word that gives the dignity of these people. He also pledged to contribute 50 machines during the Cleanathon to help the sanitation workers’ job.

In season 6, Banega Swachh India campaign moved its focus from Swachh to Swasth with campaign ambassador Amitabh Bachchan as only a clean India, can be a healthy India. The campaign focussed on the well-being of mothers and children, especially during the first 1000 days. The campaign also curated and distributed a medically a1pproved ‘Swasth Kit’ for mothers & infants during the critical 1,000 days.

The season saw campaign ambassador Amitabh Bachchan talking about his learnings from the pandemic and the need for improving healthcare in the country. In the same season, to mark the 75 years of Independence, Mr Bachchan alongwith Banega Swasth India team honoured India’s primary healthcare workers – Accredited Social Health Activist (ASHA).