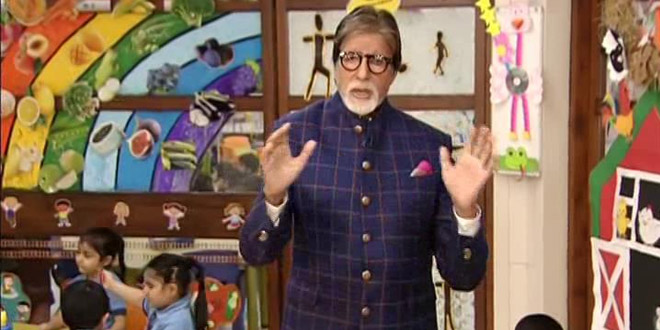 New Delhi: “Swachh (clean) India will be incomplete until it transforms into a Swasth (healthy) India. We have to build a nation where children are healthy, and are born without any vulnerabilities to threats to their survival”, said Bollywood Megastar and Campaign Ambassador, Amitabh Bachchan at the launch of the NDTV-Dettol Banega Swasth India. Stressing on the need and importance of improving the health of mother and child, Mr Bachchan added,

Do you know, 1 in 40 new born die at birth. This ugly side of healthcare should change. We need healthy children and mother. If they get proper nutrition, and care, then the foundation of our future will be strong.

Taking the agenda of the NDTV-Dettol Banega Swachh India campaign, and shifting the focus from swachhta (cleanliness) to swasth (health), campaign ambassador Amitabh Bachchan set the agenda for Season 6 of the campaign and launched Banega Swasth India initiative.

Giving out details of the initiative and plan of action, Mr Bachchan said,

We will talk to government agencies, health experts and will try to prepare an agenda that can be implemented in all states and union territories. An agenda that is not just limited to being on paper, but to help children and their mothers.

He added, We are not aiming big. We are weaving small dreams; a dream of a happy and healthy child in lap of his/her strong mother. We dream of a society free of dirt and diseases. Come, let us join hands and work towards building a similar society.

In the first leg of the campaign in 2014, we launched ‘Swachh Express’ to create awareness about the importance of sanitation and covered 350 villages. We collected Rs. 281 crore and used it in the construction and maintenance of toilets.

Swachh Express was followed by the introduction of ‘Swachhta ki Pathshala’ where school students were taught about hygiene. Mr Bachchan said,

What children learn at an early age stays with them throughout their life.

In the third year came #Mere10Guz initiative as part of the Cleanathon which promoted the concept of how if each individual ensured that 10 yards of their surroundings is clean then India could become clean.

While in the fourth year we focused on waste with the concept of ‘clean, compost and segregate’, the fifth year called for attention and efforts to beat air pollution. In five years, the campaign focused on various aspects of environment and yielded good results, said Mr Bachchan.

Now in its sixth year the campaign moves into a new phase with Banega Swasth India initiative which aims to build a healthy and robust nation.