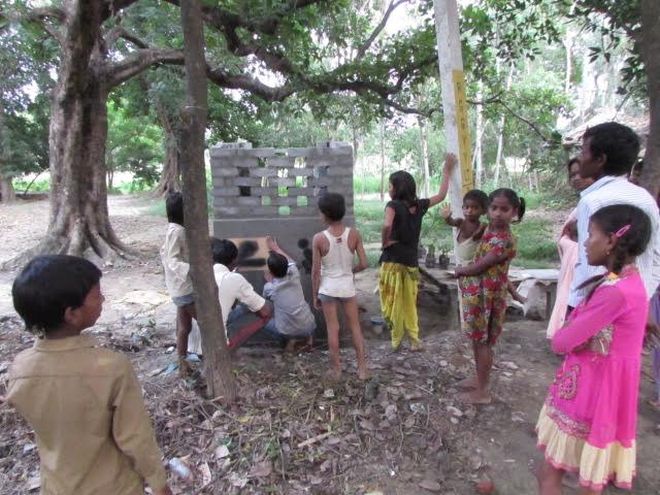 When 20 year old Renu got married and moved from Ludhiana to Usuri in Uttar Pradesh, she was in for a shock. Her new home had no toilet and she had to use the fields outside to relieve herself.

“Until I got married, I always thought of a ‘toilet’ as a basic necessity and right. I took it for granted that we had a toilet at home.It’s only when I did not have one did I realise its importance,” says Renu.

After struggling for one and a half years, Renu finally got a toilet at her house. Helping her was American PhD student, Marta Vanduzer-Snow who has been in India for the past 3 years.

For generations, girls in India have lived without toilets. They have grown used to holding their bladders and bowels for long, added Renu.

Marta, who grew up in Boston and volunteers with the Rajiv Gandhi Mahila Vikas Pariyojana, is helping India overcome this problem by giving them access to what should be a basic right – a toilet. Until now, she has built more than 100 low-cost evapotranspiration toilets in the villages of Usuri, Ayodhya Ka Purwa, Jimidar ka Purwa and Dhakolia. She is currently working on 20 new toilets in one other hamlet of Uttar Pradesh.

What’s interesting is that the evapotranspiration toilet built by Marta just costs Rs 9,978 whereas government toilet, built under the Swachh Bharat Abhiyan costs about Rs 17,000.

For the villagers impacted by Marta’s work, these toilets finally mean an end to open defecation.

“It was my dream to build a toilet for my daughter. I disliked the fact that she had to defecate in the open or hold it for too long before she could relieve herself. At present, I am working with Marta and helping her out to build more toilets in my village. I am not doing this for money but for my own family and villagers,” said one of the villagers living in Usuri.

So what are evapotranspiration toilets and how do they differ from bio-toilets?

Read More: What Are Bio-Toilets?

First the tank is lined with a nonporous material and then filled with layers of broken brick, small stones and sand. Together these layers, through the processes of evaporation and transpiration, filter the waste matter so that almost 70 percent of it becomes biogas exiting out of the back pipe and the remaining 30 percent slowly rises to the top as organic material.

“This toilet model which I am using in rural villages of India is what the Brazilian government is using there,” said Marta. 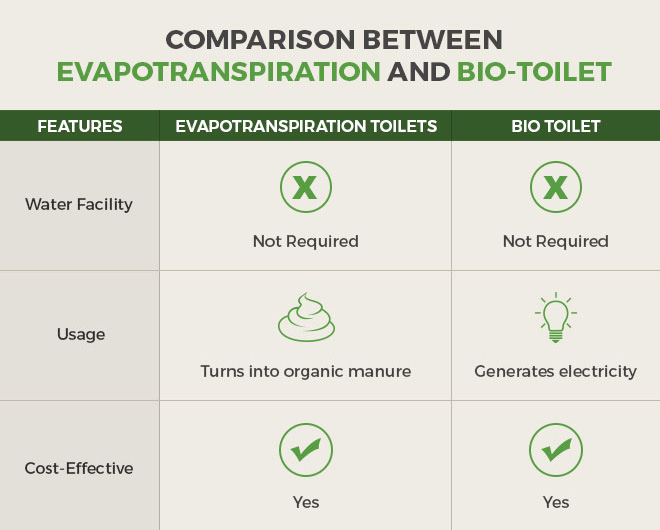 Almost as important as building new toilets, it its regular maintenance and upkeep.

“We do follow-ups with the toilet users and conducts two feedback sessions. Also, we do performance surveys after every twelve-months,” said Marta.

The first two villages where toilets were constructed were personally funded by Marta and the next three villages were crowd-funded.

“Crowd-funding is an ideal platform. It makes villagers aware about the basic thing – Sanitation. I along with my team take initiatives to educate these people about their basic rights,” added Marta.

Not only this, Marta is also helping rural India, by making better roads, setting up solar power units and libraries. She was instrumental in solar powering homes in villages of Rae Bareli. Adding to the list, Marta is also running literacy programs for rural kids in all the villages wherever she is working at that point of time. She also teamed up with ‘Mera Doctor’ a 24×7 doctor-on-call service for free for a year in two of the villages.

No Toilet For A Century. Now This 105-Year-Old Is A Swachh Abhiyan Mascot