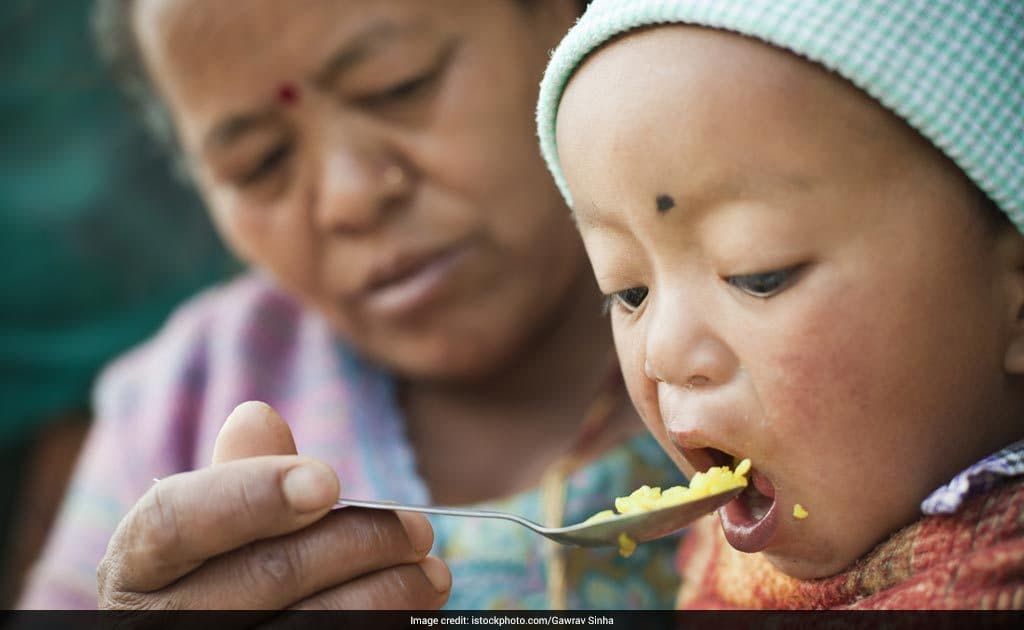 Amravati: Amravati’s Melghat, lush green heaven in eastern Maharashtra, has been declared a tiger reserve. Unending hills and ravines dotted with jagged cliffs and steep climbs might sound heavenly to reside here but the reality is far from this! Their vicinity to nature makes the residents of Melghat’s Chikhaldara block familiar with diseases like dysentery, anaemia and malnutrition. Along with this, women of Korku tribe which makes nearly 80 per cent of the inhabitants of this area have been caught in the vicious cycle of child marriage, early pregnancy and caring for malnourished children.

Fortunately, a move extended towards breaking this cycle of distress and intergenerational malnutrition came when the APJ Abdul Kalam Amrut Yojna was initiated in December 2015. And one such practitioner of this Yojana is Sunita Meshram, an Anganwadi worker at Jaitadehi village who has spent the last couple of years meticulously executing it among the Korku women.

Under the scheme, every tribal woman in her third trimester of pregnancy is entitled to a free nutritious hot meal daily continuing for three months post-delivery so that the newborn is healthy.

Initially, Sunita herself used to prepare the protein-rich meal, and asked pregnant women and lactating mothers in the village to come and have a meal at the Anganwadi.

But soon I realised neither did they understand why I wanted them to visit the Anganwadi to eat the nutritious food but oftentimes, they were simply unable to come to us, she said.

So she changed her approach. Not only did she explain the nutritional value of the meal to them in their own dialect, but also decided to visit their homes, and ensured that they had the food.

If it is difficult for them to visit the Anganwadi, we take the meal to their house and I make sure that they eat it in my presence. The meal includes sabzi-roti, dal-chawal, groundnut laddoo, cucumber, lemon, and an egg, Sunita explained.

Nowadays, we typically have around 12-20 women visiting the Anganwadi for this meal. Our constant engagement, particularly the home visits, is fetching great results.

Our quantitative data reveals that the percentage of low birth weight has come down from 29-32 per cent to 12-15 per cent. This is a great achievement, and the best part is that it has improved the quality of life of tribal mothers. Apart from making the meals under the scheme, AWWs like Sunita are also keeping a record of the weight and immunisation schedule of the infants.

Also Read: Donate Now For ‘Swasth Kit’ To Meet Health And Nutrition Needs Of A New Mother And Her Child

Talking about Sunita’s work, tribal women in Jaitadehi would smile and reveal that they have been able to come out of their shell, thanks to the inclusive approach of the AWWs. Puja Korku, 20, a new mother and pregnant Rita Korku, 19, visit the Anganwadi daily to have their specially prepared meal.

She speaks to us in our language which makes everything easier to comprehend. We appreciate her effort. Tai has explained that the meal provides the mother and child with balanced nutrition. The laddoo and egg give us adequate protein and energy.

Clearly, communicating with them in their own language puts them at ease and has made the otherwise conservative tribals more receptive to Sunita’s involvement. And with this approach, they drive home the message of hygiene and handwashing among children in the area as well.
In Chikhaldara block’s Jamli village, a partnership between the local Anganwadi and Health Sub-Centre has yielded a remarkable innovation that is changing the way children wash their hands.

Not used to washing up after their daily ablutions or even before having meals, they commonly suffered from gastrointestinal ailments. Repeated bouts of dysentery resulted in severe weight loss and anaemia. To counter this, government health workers put their minds together and developed the tin hand wash fountain.

We have created a simple device to aid in hand washing. A tin, with an approximately five-litre capacity which is fastened with a rope, is fixed at a height of around four feet on a tree or to a pole. The other end of the rope is hung loose. The tin is filled with water, detailed Kirit Khanna, Anganwadi Supervisor, Jamli and Dr Ankush Mankar, Medical Officer, Jamli Health Sub-Centre.

We speak to the community in their Korku dialect telling them about the need for handwashing. We have been conducting handwashing demonstrations in villages, and this strategy has helped in publicising hand washing. In the Anganwadis, children make it a habit to wash their hands before meal.

During the Poshan Pakhwada held earlier this year by health workers, interactive sessions in regard to hand washing were conducted which received a positive response from the tribals; many households have already installed the tin hand wash fountain.

Anganwadi workers have been visiting homes across various hamlets talking to people about the handwash device. They are asking mothers to attend the session on handwashing at the Anganwadi. I’m glad that the villagers have participated wholeheartedly in the development activities initiated by their Anganwadi, Mr. Durve expressed.