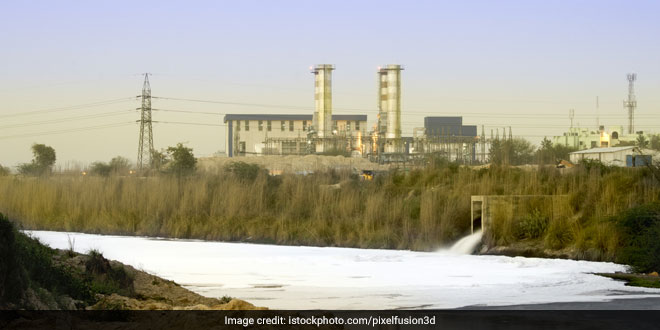 Narsapuram: Narsapuram in West Godavari district has set up a Faecal Sludge Treatment Plant (FSTP) for safe treatment of human waste and also generate biochar under the Swachh Bharat Mission. The town, which is now implementing ODF Plus, has emerged as a model for others with many urban local bodies across the country seeking to replicate the initiatives, civic body sources said.

Biochar is a form of charcoal that is used for agricultural purposes. Hyderabad-based Administrative Staff College of India and the Bill and Melinda Gates Foundation supported this initiative that is based on ‘Pyrolysis’ technology.

Explaining the Pyrolysis technology, ASCI Director (Urban Governance) Prof Srinivas Chary said, “The septage is pasteurised to make the plant bio-safe even before the actual treatment process is carried out.”

Separation of solid and liquid that occurs after pasteurisation enables one to treat the liquid and solid part, using a packaged sewerage treatment plant for liquid and converting the solid into biochar by drying and burning in a Pyrolyser.

“The water and biochar are safe for reuse and the waste is completely pathogen-free,” Chary pointed out. The current practice of unsafe handling of feacal sludge in urban areas in India was “worse than open defecation” in many ways and needed immediate attention, the urban expert noted.

The FSTP has also been converted into a Sanitation and Green Resource Park providing a beautiful space for the citizens of Narsapuram to learn about safe sanitation.

Narsapuram municipal chairperson Pasupuleti Ratnamala said sanitation service levels in the town were far below the prescribed norms prior to the Swachh Bharat Mission.

The FSTP to generate biochar out of sludge has inspired other towns to adopt the same technology. We have now crossed the ODF stage and are implementing ODF Plus. ODF Plus involves total sanitation through safe management of faecal sludge containment, emptying, transportation, treatment and reuse. Since sanitation is more than just building toilets, we have put in place systems to monitor the quality of toilet construction, ensured mechanized removal of waste from septic tanks and established the state-of the art FSTP. The biochar produced in the FSTP enriches soil and could increase agricultural productivity,” Ms. Ratnamala said.

Narsapuram’s transformation in sanitation was inspired by Bill Gates, who through BMGF, has been supporting new technologies for safe treatment of human waste. ASCI is the enabling partner in this drive.

Toxic Materials In Idols Behind Spike In Heavy Metals In Yamuna After Immersion, Says The NGT Formed Committee