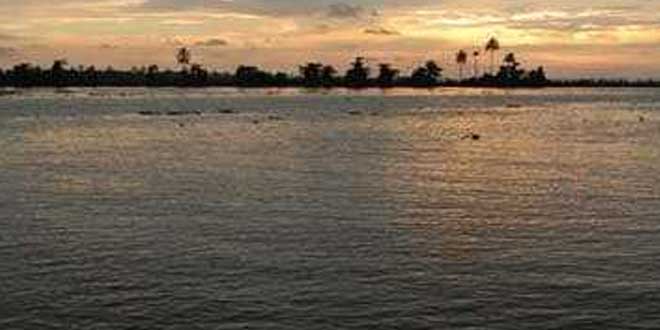 New Delhi: The National Green Tribunal (NGT) has ordered a four-member committee to conduct an inspection near the Polavaram dam in Andhra Pradesh and submit a report after a plea alleging that muck was being dumped illegally at the site. A bench headed by NGT Chairperson Justice Adarsh Kumar Goel constituted a committee comprising representatives of the Central Pollution Control Board, additional principal chief conservator of forests, the State Pollution Control Board and the district magistrate to give a report on the factual aspects.

Report to be submitted to this tribunal within two months by e-mail at ngt.filing@gmail.com. The nodal agency for execution of this order will be Andhra Pradesh Pollution Control Board. The state pollution control board may ensure immediate remedial steps if any violations are noticed during their visit to the site. Report of the inspections already conducted may also be taken into account.

The tribunal has put the matter for consideration on February 18 next year. The NGT’s order came on a plea filed by an Andhra Pradesh native, Pentapati Pulla Rao, alleging that illegal dumping of muck was taking place during construction of Indira Sagar Polavaram Multipurpose Project which was damaging the environment. Pentapati Pulla Rao, in his plea through advocate Sravan Kumar, alleged environment violations at the site and claimed that a huge quantity of waste material was being dumped in agricultural lands near Polavaram project.

Polavaram, which the Andhra Pradesh government claims are the “lifeline of the state”, was declared as a national project under the AP Reorganisation Act, 2014. “The central government shall execute the project and obtain all requisite clearances, including forest, environmental and rehabilitation and resettlement. The Union should take under its control the regulation and development of Polavaram,” the Act says. Accordingly, the Centre constituted the Polavaram Project Authority (PPA) for the purpose.

Delhi Turns Into A Gas Chamber Ahead Of Diwali