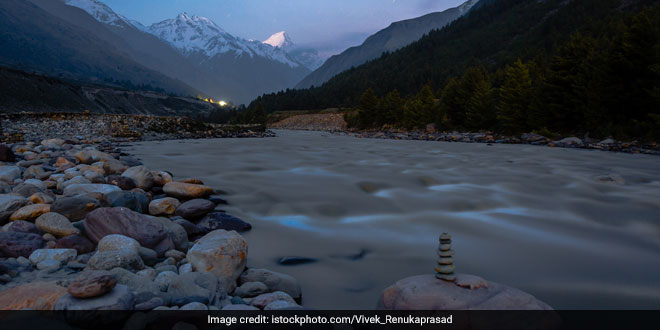 Shimla: Himdhara Environment Research and Action Collective, a Himachal Pradesh-based watchdog, has asked the River Rejuvenation Committee and the Special Environment Surveillance Task Force to look into ecological issues facing the Sirsa river, a tributary of the Satluj river.

In a memorandum on Friday to state-level bodies set up by the National Green Tribunal (NGT), Himdhara has highlighted that industrial effluents from Baddi, Barotiwala and Nalagarh industrial areas in Solan district, the discharge from a common effluent treatment plant, illegal dumping of garbage and unlawful sand mining are the chief sources of threat to the Sirsa river.

In September, the Central Pollution Control Board (CPCB) in its report “River Stretches for Restoration of Water Quality” identified 351 polluted stretches on 323 rivers.

In Himachal, seven river stretches have been identified as “critically polluted” where the “biological oxygen demand” levels of the rivers are above permissible limits. These rivers are: Sukhana, Markanda, Sirsa, Ashwani, stretches of the Beas, Giri and Pabbar.

Following the release of the CPCB report, the National Green Tribunal (NGT) on September 20 issued order to states to form the River Rejuvenation Committees for identifying the sources and nature of pollution of rivers and make time-bound action plan for reviving them.

The River Rejuvenation Committee for Himachal comprises of the Director of Urban Development Department and teams from IIT Kanpur and National Institute of Hydrology in Roorkee.

The committee has to identify nature and sources of pollutants, device an action plan to mitigate the pollution and revive the health of the river in collaboration with the State Pollution Control Board for implementation of the plan.

In a follow up order on December 19, the NGT gave all states two months’ time to complete their action plans.

This is a very critical order of the NGT and perhaps goes to show that the crisis has assumed huge proportions because today almost 80 to 90 per cent of our surface water sources are lost, Himdhara member Sumit Mahar said.

He said the common effluent treatment plant in Kenduwal village in Baddi has failed to address the problem of pollution.

He said thousands of litres of effluents find way to the Sirsa river every day, causing great damage to the aquatic life and leading to fish kills.

The memorandum highlighted the issue of municipal garbage dumping on the floodplains of the Sirsa river in violation of the Solid Waste Management Rules of 2016.

Sand mining has been most detrimental to the health of the Sirsa, impacting the flow of the river and causing structural damage to the bridges across the river. It is shocking that the NGT order in 2013 banning sand mining on river beds has been grossly violated, another Himdhara member Ramanathan S. said in a statement.

The memorandum has sought inclusion of testing for heavy metals like arsenic and mercury in the samples for water quality.

Hope Sanitation Will Be Maintained Along With Reverence At Kumbh Mela In January: PM Modi On Mann Ki Baat