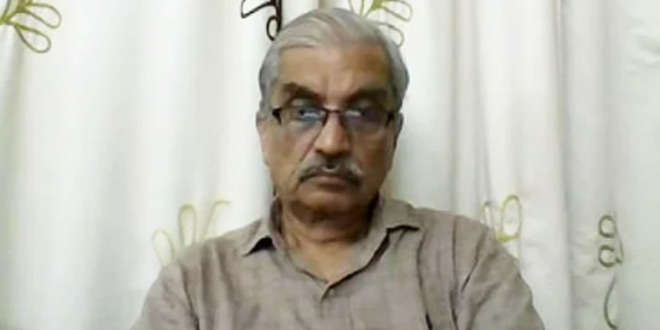 In an interview, Dr NK Arora pointed out the irrational use of the drug is "dangerous"

New Delhi: Molnupiravir, an oral antiviral drug used in the treatment of COVID-19 should not be administered to the younger population as it adversely affects their reproductive system, said Dr NK Arora, Chairman of COVID-19 Working Group of National Technical Advisory Group on Immunisation (NTAGI).In an interview, Dr Arora pointed out the irrational use of the drug is “dangerous”.

Molnupiravir benefits when given at an early stage of the infection. It reduces the possibility of hospitalisation and ICU admissions. Irrational use is dangerous. It will contribute in the treatment of senior citizens, particularly those with comorbidities and if given at an early stage, it will reduce the chances of severe disease, Dr Arora said.

Molnupiravir should not be given to youths, especially those in their reproductive age because it causes mutations in the human body impacting the reproductive system, the expert explained. Earlier, Indian Council of Medical Research (ICMR) head Dr Balram Bhargava had stated that Molnupiravir capsules have not been included in the national task force treatment for COVID-19 as it has side effects. Some doctors have even stopped prescribing Molnupiravir, which was rolled out on January 3 to treat COVID-19 patients. In December, Drug Controller General of India (DCGI) granted Emergency Use Authorisation (EUA) to Cipla for the launch of Molnupiravir in the country for COVID-19 treatment.

On new guidelines of the Indian Council of Medical Research (ICMR) which advised on no testing for contacts of CVOID-19 infected patients, Dr Arora explained, Anybody who is infected with COVID will have contacts. These contacts will be of two types, symptomatic and asymptomatic. All symptomatic must undergo a test while the asymptomatic category can further be divided into two — those at ‘high-risk’ of severe disease and those who are not at high risk of severe disease. People in high-risk category are generally those with comorbidities and elderly above the age of 60. It is the high-risk contacts who are asymptomatic that need to be tested.

Omicron Is Highly Infectious, Everyone Will Get It: Epidemiologist From ICMR

Health Experts On Dealing With Different Mutations Of The Coronavirus