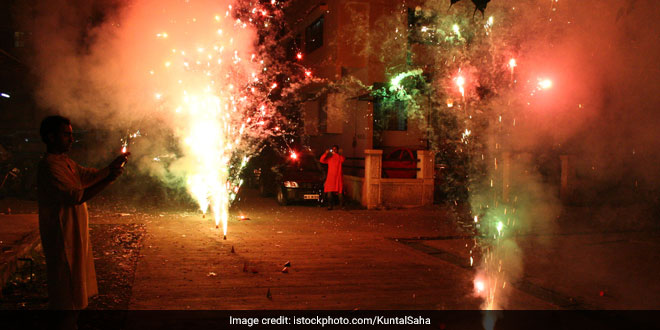 For Delhi, this Diwali might be slightly easier on the lungs as the Supreme Court banned the sale of crackers in the Delhi-National Capital Region (NCR) on October 9, a ban which will remain effective till November 1. While the decision is being welcomed by Delhiites, for neighbouring Punjab, the ban is becoming a gradual cause of worry. Traders, sellers and shopkeepers who bought firecrackers after the ban was temporarily lifted in September 2017 stare at huge losses following the ban. The government of Punjab is worried that many of Delhi-NCR’s unsold crackers will find their way into the state, resulting in a larger number of crackers sold in Punjab this year than usual.

To ensure that bursting of crackers this year is not more than usual, the Punjab Pollution Control Board (PPCB) has written to deputy commissioners of all districts, requesting them to ensure that proper awareness is spread in all the districts regarding the bursting of crackers. The letter also requested district commissioners to do what they can to urge people to celebrate a Green Diwali.

Reports have come in that large stocks of firecrackers in Delhi-NCR will remain unsold before Diwali due to the ban and maybe sold in Punjab at discounted rates. Punjab’s air quality is not much better than Delhi and entry of more crackers will only worsen it, said Kahan Singh Pannu, Chairman, Punjab Pollution Control Board.

Air pollution is a matter of health and environmental concern and Punjab is no exempt when it comes to being a polluted state. The Air Quality Index (AQI) of the state is already at 285, a week before Diwali. The moderate limit for acceptable AQI is between 100 to 200, and Punjab has already 85 points above the permissible limit. Last year, the peak AQI for Punjab between 8 PM to 2 AM on the day of Diwali was 497, which resulted in cases of respiratory diseases even among healthy people being reported from hospitals. The state pollution control board is  avoid a repetition of last year.

The PPCB has directed all district commissioners to convene a meeting of district schools with teachers and principals present. All school principals and teachers must conduct sensitisation programmes in schools regarding the degradation of the environment and request students to observe a Green Diwali with emphasis on lights, rather than noise and sound. All local municipal bodies have also been forwarded the PPCB’s letter, and have been asked to take whatever steps they deem fit for a pollution free Diwali.

The Environment Protection Rules of 1986 strictly state that no firecracker above the sound limit of 125 decibels is allowed to be burst and the PPCB has also directed traders and sellers to abide by the rule strictly. PPCB officers with noise measuring devices will roam popular firecracker markets before Diwali to ensure that all firecrackers sold are within the permissible noise limit. The PPCB has also requested everyone to abide by the Supreme Court’s July 2005 judgment that no firecrackers will be burst post 10 PM. To ensure that the rule is adhered to, the state pollution control board has suggested for all possible steps to be taken to ensure that no crackers are burst post 10 PM.

The two most important rules of abiding by the permissible noise limit and the Supreme Court judgment on not bursting crackers post 10 PM must be adhered to if we are to keep air pollution under control. I have also requested some NGOs to organise for sensitisation programmes across the state if possible to ensure a cleaner and greener Diwali, said Mr Pannu.

While Delhi’s air quality has grabbed national headlines for quite some time now, the situation in Punjab is not better. Crop burning in Punjab is a national environmental issue and despite a ban in place from 2015 by the National Green Tribunal (NGT), stubble burning continues to take place as farmers cite unavailability of field clearing machines required to properly clear fields. Since firecrackers are legally available for purchase in Punjab, the PPCB’s proposals for a Green Diwali, if adhered to, will bring some respite to the state.

Go Cracker Free This Diwali And Save The Planet, Actor Dia Mirza’s Message For The Swachh India