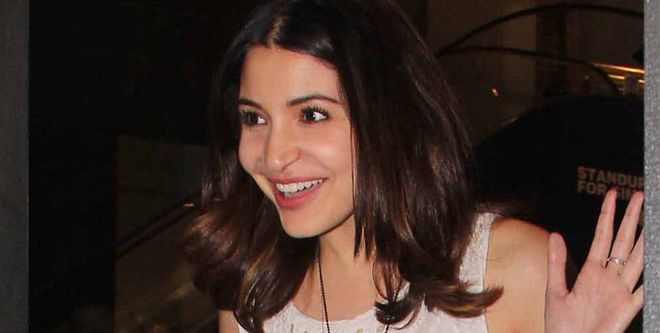 Nearly four years after the Swachh Bharat Abhiyan was launched to clean-up India, and a massive push to drive home the campaign’s message from every quarter, it is indeed a cause of concern when people still litter, throw garbage anywhere but in the designated spot. And that probably should be the takeaway from the now viral Anushka Sharma video. It was not just about a message to stop littering on the road but it is also about calling out the offenders publicly. If you spot someone throwing garbage then do protest, is what the video tries to convey. Never mind the trolls or the naysayers. Cricket Captain Virat Kohli posted a video of actor, producer and his wife Anushka Sharma pulling up someone littering on the road from her car. The viral video which has garnered over a million views since it was posted on Saturday, has Anushka asserting a basic point that even today most people on the road choose to ignore. “Why are you throwing garbage on the road? You cannot throw plastic on the road like this. Use a dustbin!” Anushka’s action got thumbs up from Virat Kohli who posted the video saying, “Saw these people throwing garbage on the road and pulled them up rightfully.” Virat went on in his post to say, “If you see something wrong happening do the same and spread awareness.”

Saw these people throwing garbage on the road & pulled them up rightfully. Travelling in a luxury car and brains gone for a toss. These people will keep our country clean? Yeah right! If you see something wrong happening like this, do the same & spread awareness. @AnushkaSharma pic.twitter.com/p8flrmcnba

On Sunday, the Swachh Bharat Abhiyan official handle has also appreciated Anushka’s for being a true Swachh Bharat Ambassador and underlined the importance of making, ‘Swachhta’ an everyday habit.

#Swachhata is something that needs to become an everyday habit among all of us. Kudos to @AnushkaSharma for being a true #SwachhBharat ambassador, on screen and off! https://t.co/fCiPAXPMVA

The video when posted on Saturday, saw reactions come thick and fast. Many were appreciative of the video posted and its message.

Well done! Many people do nothing for the country and only blame the government

@PMOIndia Fab Work Anushka,Until each of us pledge n follow not to litter our streets,will the cleaniness around will https://t.co/23aRSQoU7h point keeping r homes only clean n Everytime blaming the corporation, n other govt bodies for everything.

But in the chaotic world of social media, what should have been a post where the message should have been given more importance than the messenger, trolls tried their best to divert the focus from the intent of the original post. From mocking it to calling it an attention seeking act, to someone actually objecting to the offender being at the receiving end of an unfriendly and bossy behaviour!

Exactly they are attention seeker

Why are you recording your wife’s heroics and publishing it in social media??.. is this the first time you saw someone threw a plastic cover from a car?? If your intention was to advice him, first be friendly instead of being bossy.. this kinda attention seeking is so cheap????

Virat Kohli responded to trolls in his usual combative style on Sunday saying, “Lot of people who don’t have the courage to do something like this find it funny. Everything for people nowadays is meme content. Shame.”

Lot of people who don't have the courage to do something like this find it funny. Everything for people nowadays is meme content. Shame.

True that, Virat. There should be just one takeaway from this Anushka Sharma video posted, “Use a dustbin!”