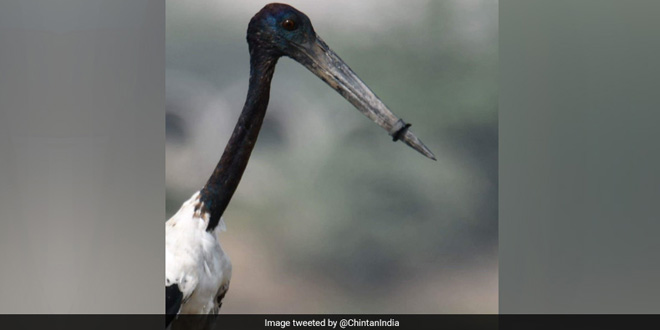 New Delhi: Just a few days after World Environment Day, when the world representatives hosted by India pledged to beat plastic pollution, images of a Black-necked Stork with its beak sealed shut by a plastic ring went viral. The bird – aged over two years, was found in a suburb called Basai in Gurugram, outside Capital Delhi and its plight was captured by a birder named Manoj Nair last Thursday. For almost a week, the bird just survived on water as it couldn’t take food with the beak accidentally locked by the plastic ring. The experts think that the ring is from a plastic bottle cap and may have slipped into the stork’s beak when it was hunting in the water. Finally, on Wednesday morning, the bird was rescued. Shyam Sundar Kaushik, DFO Wildlife Gurgaon range said,

The bird is under observation of veterinary doctors and will be released in the next two days if found healthy.

Also See: A Photo Feature On The Impact Of Plastic Pollution On Life On The Planet

Since then, the photograph showing how usage of plastic items is taking a toll on the wildlife has taken social media by storm and has also captured international attention. 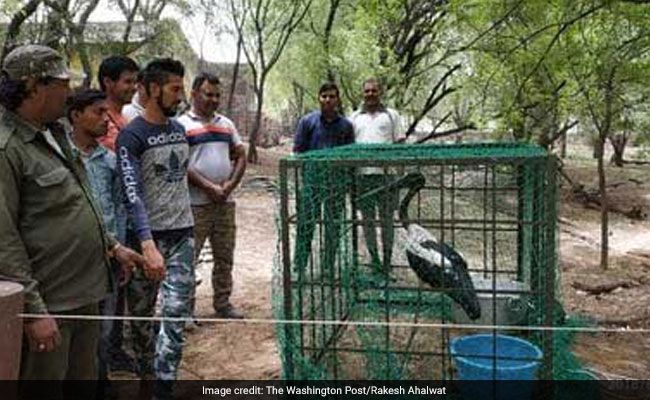 The stork, a male about 5 feet high, was found in Basai

The stork, classified as “near threatened” by the experts, and has now become the latest international symbol of harm that global plastic waste is doing to wildlife. From a turtle with a plastic straw lodged in its nostril to a pilot whale that died off the coast of Thailand earlier this month with 80 plastic bags in its stomach, all these instances shed light on the fact that our wildlife is under grave threat, thanks to our dependence on plastic items.

According to Central Pollution Control Board data, India generates 15,342 tonnes of plastic waste per day which is about 5.6 million tonnes annually, out of which the national capital – Delhi alone contributes to 690 tonnes daily, thereby making it the largest contributor.

Thankfully this time the stork was rescued, but the ominous threat posed by littered plastic remains. Will the next creature be as fortunate?

Maharashtra Plastic Ban: 200 Inspectors To Be Deployed In Mumbai To Enforce Plastic Ban From June 23