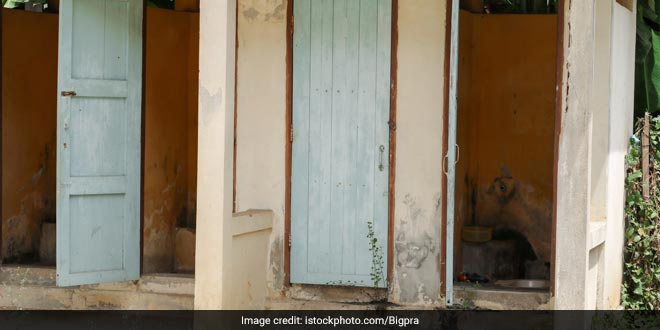 New Delhi: Gaya District Magistrate Abhishek Singh, is under tremendous pressure. Bihar’s underperformance in the Swachh Bharat Abhiyan had been a point of discussion ever since the sanitation mission was launched in 2014. But Gaya has been an exception, in a state that has otherwise been a disappointment. Toilets have been built across all households in Gaya’s 24 blocks and the district was slated to become Bihar’s first open defecation free (ODF) district by May 2018. But Mr Singh and his team encountered a glitch which has postponed Gaya’s ODF plans. Acute water scarcity in the district has hit sanitation plans badly, as the toilet construction work remains suspended indefinitely.

Though slow to catch up to other states, Bihar’s sanitation scenario has shown marginal improvement in the past one year, as over 48 lakh toilets were built in 2017, compared to the 14 lakh toilets built in 2016. For a state which needed more than 1 crore toilets to be built, the pace of toilet construction has been quite slow. Over 6 lakh toilets have been built in Gaya since 2014, with construction witnessing an escalation in 2017, coming quite close to the district’s target of 8 lakh. The trouble for the district started since January this year, when the effect of inadequate monsoon last year became apparent in the form of water scarcity which began to show UP across the villages in the district. Instead of thrice a day, many households would receive water from taps only once a day and the priority given to using water in toilets began to gradually ebb away.

Gaya received around 20 per cent less rainfall last year compared to the season’s average. This resulted in an over usage of tubewells and wells, and put pressure on the district’s groundwater levels. Due to lack of water, the residents have pushed back sanitation as a priority and are using the limited water they are getting for household purposes, said Raghvendra Singh, Deputy Development Commissioner, Gaya.

The relationship between water and sanitation is such that one cannot do without the other. Lack of water has forced people to GO back to open defecation, in the absence of an alternative. It is highly difficult to bring in behavioural change among people who have practised open defecation for generation. Just as when the change was settling in, the water scarcity hit the district and people are resorting back to open defecation, said Abhishek Singh, District Magistrate, Gaya.

Given that Gaya was on the verge of becoming the first ODF district in Bihar, the district and state administration have launched a series of measures to restore some normalcy in the district. A mobile team with necessary equipment is already MAKING ROUNDS around the district to work on taps and tubewells which need immediate repairs. The district administration has also dispatched a team to tell people that no more than two litres of water is required daily by a family of four for sanitation purposes, and convince them to utilise that much.

“Toilet pans in rural areas are designed in a manner that they require minimal water to flush excreta away. Officers from local administration are already going around the district, to encourage people to use water for sanitation purposes as they will not require more than one or two litres a day. We are continuously educating them about the health advantages of going completely ODF and how prestigious it would be for Gaya to become the first ODF district in the state,” said Mr Singh.