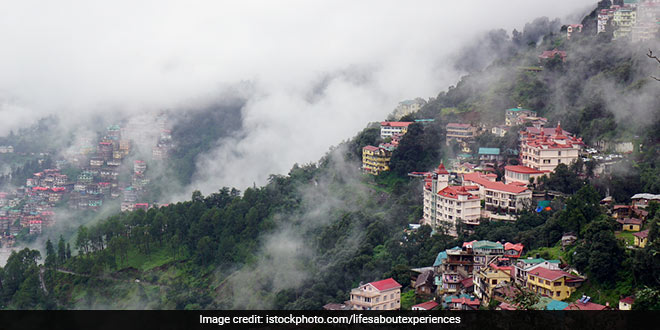 Shimla: For the last two years, the civic body of the Baddi town, Himachal Pradesh’s biggest industrial hub, has been dumping municipal waste in Kenduwal village that has become a potential health hazard, reported an environmental watchdog on Friday. It said for the last four months local villagers have been petitioning several authorities for stopping the dumping. Now, the Baddi Barotiwala Nalagarh Development Authority (BBNDA) instead of cleaning up and ensuring scientific disposal of the garbage is covering the dump with mud.

“Last week we met with BBNDA officials and asked them to stop putting the garbage there. Not only are they continuing to dump the garbage but they have, over the last five days, put piles of mud to cover the stinking heaps of garbage. We are being told that the area will now be turned into a shed and our problem will be solved,” Ghulam Nabi, a resident of Kenduwal, said.

The BBNDA had proposed a Rs 970 crore Integrated Solid Waste Management facility in the area in 2012 and got a clearance for the plant in 2015. But for the last three years it made no move to set up the plant and was dumping the garbage in violation of the Solid Waste Management guidelines 2016 as well as the environment clearance conditions, said watchdog group Himdhara Collective.

On August 12 and 13, the Sirsa river flooded the dumping site following which the rotting garbage is stinking badly. The boundary wall was then broken to release the water from the dumping site and the contaminated water eventually made its way into the Sirsa river. “Now they are just burying the garbage and the leachate will contaminate the groundwater too,”Ramanathan of Himdhara Collective said in a statement.

“Through an RTI (Right to Information Act) application we have learned that the Regional Office of the Pollution Control Board in Baddi has served five show-cause notices since 2016 to the Municipal Council, but no further actions were taken,” he added. The BBNDA in a statement on September 19 said it has finally identified a company in Ludhiana for setting up the solid waste management facility.

“The municipal solid waste has become a serious nuisance across the state and a National Green Tribunal-appointed committee has recently asked all states to formulate their waste management plans in compliance with rules within a month,” Manshi Asher of Himdhara Collective told IANS. “Long-term solution of solid waste requires an integrated approach involving resident welfare associations of municipal areas, waste pickers and municipal bodies. “Decentralised segregation and disposal at source would help to reduce the quantum of waste,” Asher added.