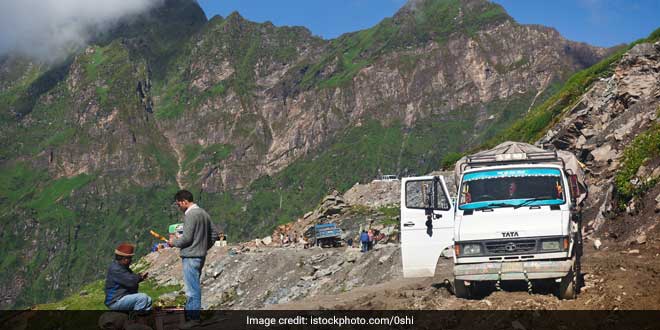 New Delhi: The picturesque Rohtang Pass, a high mountain pass (around 51 km from Manali) that connects the Kullu Valley with the Lahaul and Spiti Valleys of Himachal Pradesh, is a major attraction for both domestic and foreign tourists. According to the Himachal Pradesh Tourism Department, around 1.1 million people visit Manali and Rohtang Pass every year. Though, tourism is the major source of income for the locals but the heavy influx of tourists and tourism-related activities at Rohtang Pass has also taken a toll on its fragile ecology. The Rohtang Pass, which remains cut off for more than five months due to heavy snowfall, is slowly becoming a high-altitude dumping ground, and is now choked with plastic bottles, beer cans, glass bottles and other single-use plastics.

The litter is appalling to the tourists. “It is really shocking to see pet bottles and eatable wrappers lying along rivulets,” said Raunaq Bajwa, a tourist from New Delhi to IANS.

Why is the local administration not imposing a blanket ban on carrying these non-biodegradable items to such highly sensitive zones, he asked, pointing to waste dumped haphazardly along the banks of the glacier-fed Beas near Marhi.

The National Green Tribunal (NGT) has, however adopted one measure to protect the pristine Rohtang, restricting the entry of tourist vehicles to the Pass. It has led to a decrease in the number of tourists. Only 1,200 taxis or private vehicle permits – 800 petrol and the remaining diesel vehicles – are issued on an everyday basis, for trips to the Rohtang Pass. People feel there must be similar checks on improper disposal of waste as well. 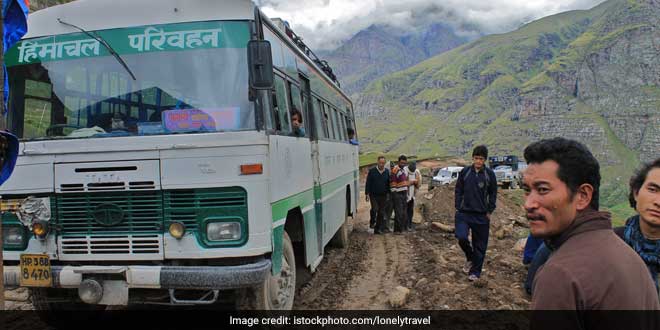 Only 1,200 taxis or private vehicle permits are issued on an everyday basis, for trips to the Rohtang Pass

Ahead of his retirement, green court Chairperson Justice Swatanter Kumar told IANS last year that scientific studies clearly indicated glaciers in the Rohtang Pass catchment were receding at the rate of one metre per year. “People going for picnics carry cold drinks, snacks and beer bottles with them and then dump them carelessly. Plastic trash adds to bio-waste. Mule dung is polluting water and soil. This is the case before us,” he had said.

“Cleaning up the hills once in a year is not the solution. The local administration has to find a permanent way of waste management,” Lal Chand Thakur, a shopkeeper said.

There are no sewage treatment plants in Marhi, a town situated between Manali and Rohtang. Residents feel that the installation of portable toilets will not help. Waste disposal points have been installed, but the visitors tend to ignore them.

Environmentalists say that the state government should also launch a campaign like the Riverfront Cleaning Campaign in Manali that was launched on May 19 by the Himachal Pradesh Council for Science, Technology and Environment. Former WWE champion “The Great Khali”, whose real name is Dalip Singh Rana, was the brand ambassador for the campaign, which concluded on World Environment Day (June 5) and also involved over 1,000 school children of eco-clubs under the National Green Corps Programme.