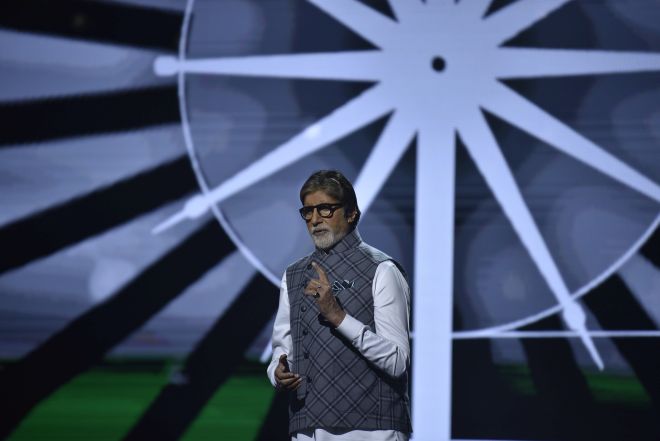 New Delhi: NDTV and Dettol have been supporting India’s Swachh Bharat Abhiyan, launched by Prime Minister Narendra Modi, since its inception in 2014. This year, as we move the conversation from Swachh (cleanliness) to Swasth (health), superstar and Banega Swasth India campaign ambassador Amitabh Bachchan talks about how the two go hand in hand.

In his speech, he spoke about the need for a swasth or healthy India, and asked viewers to imagine a world where children have clean water to drink and nutritious food to eat. Urging them to make this dream a reality, he said:

Our Swasthagraha dreams of a clean and healthy India, an open defecation free India, an India where people are proud to keep their surroundings clean.

Mr Bachchan also spoke about how NDTV and Dettol’s campaign, in 2014, raised over Rs 281 crore and travelled to over 350 villages to talk about swacchta or cleanliness. The funds were used to build toilets.

In 2015, the campaign started “Swachhta ki pathshala”, educating children at a young age about the need to keep their surroundings and their country clean.  In 2016, it spurred community action through #Mere10Guz.

Now, as the campaign moves from Swachh to Swasth, Mr Bachchan also highlights how the two together can lay the foundation for a stronger India.

The first 1,000 days after a child’s birth are crucial,” he says. “During this time, it is important to keep the mother healthy. If the mother is healthy, if she has nutritious food and clean surroundings, the baby will be healthy too. Their health should be our first priority. Can a country progress without healthy children?

Listen to his speech below:

#BanegaSwasthIndia | On 150th anniversary of Mahatma Gandhi we want to start a #Swasthagraha, says @SrBachchan at NDTV – @DettolIndia 12-Hour telethon

Health statistics show that 1 in 40 babies die in childbirth, and 1 in 25 children die before the age 5. Banega Swasth India will focus on the well-being of the mothers and children as it continues to work to make the country cleaner and healthier.

“Plastic Is An Invasive Part Of Our Lives,” Says Dia Mirza At 12-Hour Swasthagraha