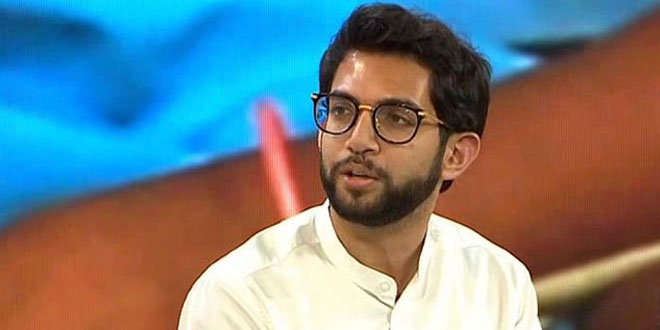 New Delhi: Shiv Sena leader Aaditya Thackeray joined the 12-hour Swasthagraha by NDTV and Dettol this afternoon. The 29-year-old touched upon a number of topics, including the need for preventive healthcare, sanitation and how Swachh or Clean India campaign became a national issue. On being asked why Swachh and Swasth have not become prime electoral issues, despite being political issues, Mr Thackeray replied:

Most of our electoral issues come from people. It’s a thing about votes… it’s something people want, he added that there is now a lot of conversation around swachh (cleanliness) and swasth (health).

One is preventive healthcare, which includes clean water, good, nutritious food. And then there is basic sanitation and hygiene. Two years ago, in BMC schools, through football we started talking about sanitation, hygiene and gender equality. Back then people though we were crazy, talking about these things in BMC schools, but today it’s a big thing, said Mr Thackeray. These two are important topics where the conversation has to come from the people.

The Swasth Box is a health and nutrition kit specially designed to help the less privileged and supports the new mother and child for 45 days. Each kit is worth Rs 3,500 and will be distributed in rural areas. Aaditya Thackeray has donated Rs 2 lakh for the cause.

Also Read: “Plastic Is An Invasive Part Of Our Lives,” Says Dia Mirza At 12-Hour Swasthagraha