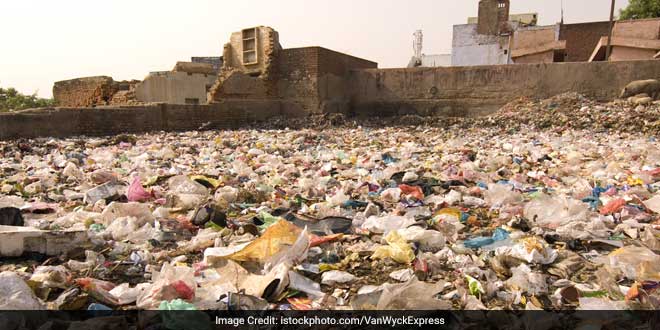 Being the third largest waste generator in the world, India generates a staggering 62 million tonnes of solid waste annually, only 12 per cent of which gets treated. The burgeoning waste problem is not India’s alone, and governments across the world are trying out various policies and models to deal with waste. Now, an MoU signed by The Energy and Resources Institute (TERI), the Innovative Finance Foundation (IFF) and a French company – 3WAYSTE aims to tackle municipal solid waste with an innovative technology.

This new technology will not only process household waste but also aim to convert a whopping 90 per cent of the waste into residue fuel to produce clean energy, pure compost for agriculture and other valuable raw materials.

The process introduced by 3WAYSTE and TERI proposes to work mixed waste while recovering 90% of resources from it, including for clean energy and quality compost, said Dr. Ajay Mathur, Director General, TERI.

The MoU was signed yesterday on April 24 in the presence of Dr. Ajay Mathur, Director General, TERI; Robert Filipp, President of the Innovative Finance Foundation, Fabien Charreyre, the inventor of the new technology, and Alexander Ziegler, Ambassador of France. The event was also attended by the government’s Swachh Bharat Mission brand ambassador, Sonal Mansing, who lauded the technology.

Also Read: Ek Swachh Kadam: Can Food Waste Be Converted Into Fuel For The Future?

Innovative technologies play a very important role in achieving the goals of the Swachh Bharat Mission, she said.

“Going sustainable and reducing human impact on environment are tremendous challenges and France and India are committed to meeting them,” said Mr. Ziegler as pointed out the common waste management challenges that India and France face.

Calling it a breakthrough technology Mr. Ziegler further added, We need political leadership, but also innovation, technologies and a strong involvement from the private sector and the civil society.

Once the ‘waste-to-wealth’ innovation comes into place, it is expected to reduce the burden of waste disposal on landfills. This will further curb burning of solid wastes thereby controlling air pollution levels.

The new technology will help India in fulfilling its Swachh Bharat Mission goals as well as the Smart Cities initiative.

Madhya Pradesh Minister Yashodhara Raje Scindia who was also present at the event said that the new technology will be of great help to the two urban centres which are in the process of turning into Smart Cities.

Madhya Pradesh has received two Smart Cities in the first allocation and it would be a great advantage to use this and other cutting-edge technologies to make our Smart Cities truly great through the Swachh Bharat Mission, said Mr. Scindia.