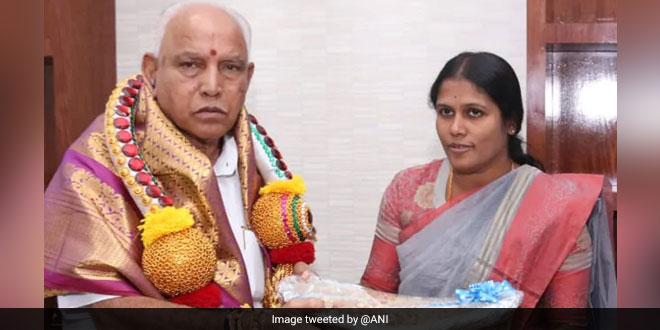 Bengaluru: Facing flak for presenting a basket of fruit wrapped with banned plastic to Karnataka Chief Minister B S Yediyurappa recently, the city Mayor Gangambike Mallikarjun has said she ‘voluntarily’ paid a fine of Rs. 500 for the violation. After the photo of her presenting the basket went viral, Ms Gangambike was criticised because there is already a ban on plastic and several traders in the city had been penalised in the past for storing and using plastic products.

My photograph of gifting a basket of dry fruits wrapped with a plastic cover to the chief minister went viral on the social media. Being the first citizen of the city, I did not wish to send across a wrong message to the people of the city. Hence, I decided to pay the penalty of Rs 500, the mayor said in a statement Saturday (August 3). 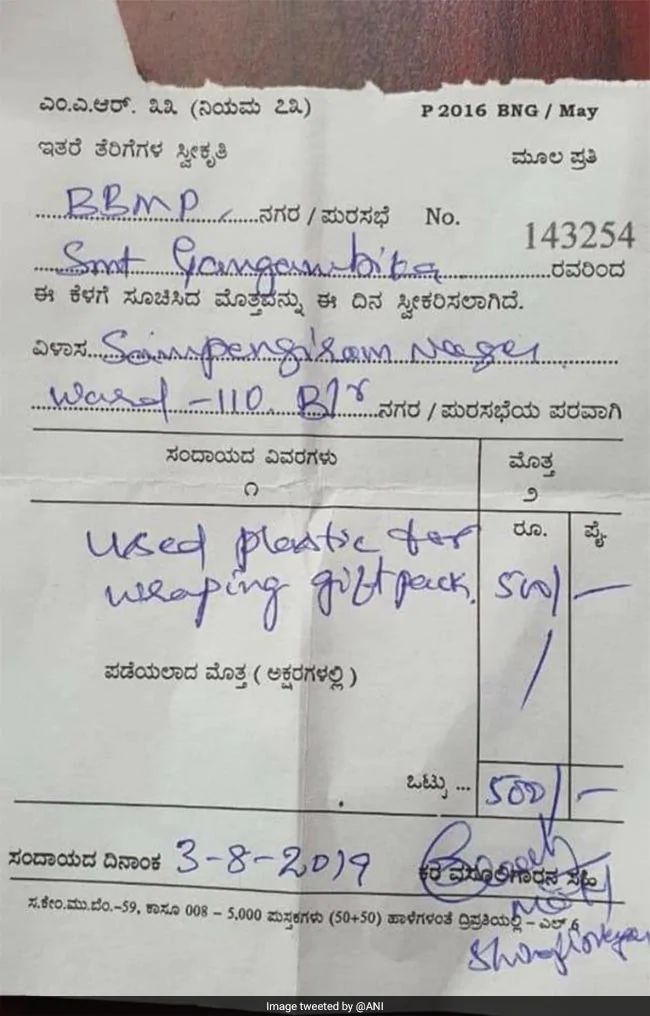 The Mayor, however, pointed out that there was no clause in the rules for penalising those using plastic though there was such a provision against traders. She also said there was a proposal to impose fine on the end users of plastic products and it would be incorporated in the law.

In order to spread awareness among masses about the problems posed by polythene bags, I decided to pay the penalty even before this clause is incorporated in the plastic ban bylaw, the mayor said.

Ms Gangambike rued that the plastic ban was in place since 2016, yet it had not been effective in curbing the polythene menace.

Even the efforts to create awareness among people did not yield any result. If we continue to use plastic the way we are doing it now, it will become killer for our coming generations because plastic never gets destroyed even after a thousand years, she pointed out.