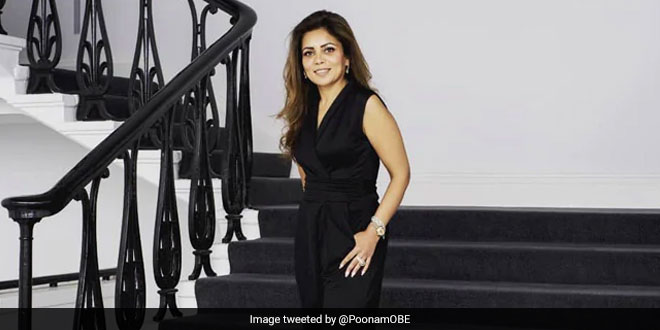 Agra: Scottish-Indian entrepreneur and well-known philanthropist Poonam Gupta, who’s popular as Paper Queen, wants to lend a helping hand to clean up Yamuna to save precious heritage assets like the Taj Mahal. Talking to IANS, Poonam Gupta (OBE) said that she still loved Yamuna, and that it was painful to see the river in such a pathetic condition. She is planning to return with clean and affordable technology to provide safe water to the people. “In particular, I wish to help in cleaning river Yamuna which along with the Taj Mahal are the true “pahchaan” (identity) of India,” she said.

Ms Gupta said the government was doing a lot for the Ganges, but river Yamuna, which is the life line of so many cities, is still neglected.

Though the Supreme Court has been issuing a number of directives to protect the Taj Mahal, the Yamuna river continues to remain in a most deplorable and sad state, she said.

Ms Gupta added that she spent the first 25 years of her life in Delhi, so she knew the importance of Yamuna.

She said the Manohar Lal Khattar-led government in Haryana has taken a lot of interest in her project and was promoting the technology. A memorandum was also signed two days ago with the state government.

We now want to be of some help to Uttar Pradesh to fight pollution in rivers, she said.

Ms Gupta was on a brief visit to India as the Chief Executive Officer (CEO) of Scotland’s PG Papers, a fast growing paper company providing customised paper solutions to the customers.

She said she had also held meetings with Union Ministers Nitin Gadkari and Piyush Goyal. Ms Gupta would return with a bigger delegation in November.

I feel there are tremendous opportunities waiting to be explored and trade links to be expanded. The ministers have assured me of support and creative role, she said.

Related Topics:
Uttar Pradesh Yamuna Yamuna Clean Up
Up Next