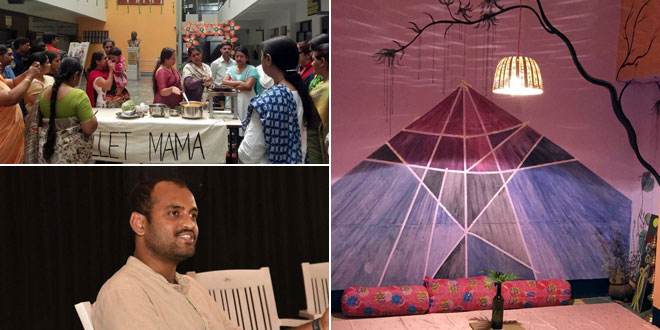 New Delhi: Picture a restaurant that is made entirely from waste products such as fruit crates, baskets, jute gunny bags. This is for real. 26-year-old Abhishek B, a civil engineer-turned-restaurateur from Bengaluru conceptualised and founded Millet Mama in the city in October 2017 with a motto of promoting the concept of sustainable living. “My parents wanted to me to continue with my civil engineering and do something in that field, but I couldn’t take my eyes off from the growing issues of waste around me. That’s when I thought of setting up Millet Mama and show the world that ‘sustainable living’ is possible,” says Abhishek B while talking to NDTV about his initiative.

Millet Mama has been set up using upcycled waste products – discarded wood crates which we get from fruit vendors has been upcycled into a book shelve, jute gunny bags are used for making cushion covers and bamboo baskets have been utilised to make lampshades.

Millet Mama has been set up using upcycled waste products only 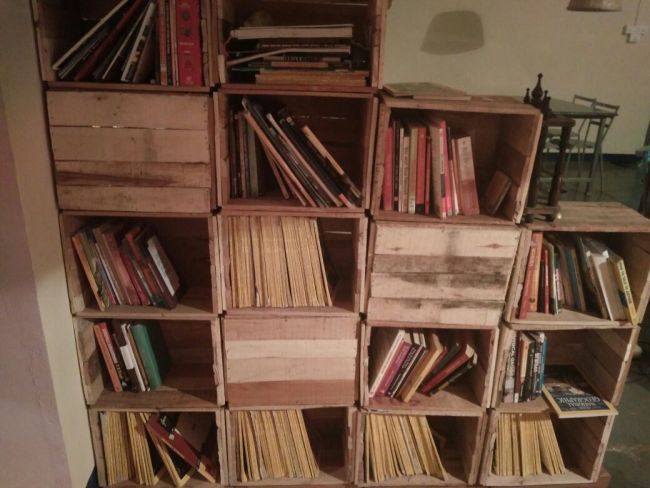 I have two halls in this restaurant, one hall has tables and chairs which I got from a restaurant which was shutting down, and the second hall has a low table seating kind of décor. In that, I have used tables, which I collected from various construction sites. And instead of chairs, in the second hall, we have a bamboo carpet, added Abhishek as he explained how he has set up the restaurant using all things waste.

What’s more, even the walls at Millet Mama have been hand-painted by Abhishek and few of his friends. Not just that, the whole restaurant work, even the kitchen is run with the help of volunteers and interns.

Also Read: From Frying Pans To Clothing Iron, This 49-Year-Old Artist From Kerala Is Giving A Magical Touch To Waste Items

Taking a step forward, Abhishek also decided to make his restaurant a plastic-free zone. So, instead of using single-use plastic, the waste warrior thought of introducing steel cutlery and banana leaves for serving. Not just that, Abhishek didn’t sign up for any online home delivery services until he figured out an alternative to plastic packaging. He adds,

My idea was simple, I wanted to show people, living a life is possible, without harming the environment. Plastic is the most harmful thing made in the human history. That’s why I decided to make steel cutlery my new best friends. For packaging, I opted for cornstarch boxes that are 100% biodegradable.

Another interesting thing is the way Abhishek is doing his bit to save water. What he does is simple, instead of giving food on the plates directly, he serves the food on a banana leave, so that less effort and water is used for washing cutlery.

By following the process of waste segregation on a daily basis, Abhishek is also putting his restaurant kitchen waste to some good use. Explaining the process, he adds,

What I do is that every day without fail, I simply segregate my waste. Few of my friends take the kitchen waste from my restaurant daily, and through a process of bio enzymes, ferment the waste into a washing cleaner, which I further use for cleaning my restaurant cutlery and floors.

It Is All About Millet Made Dishes 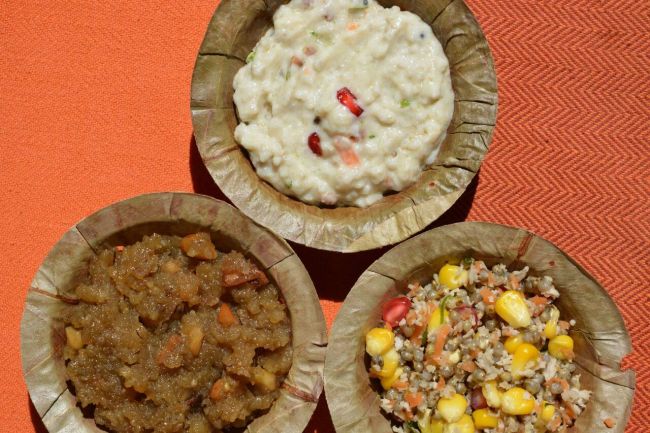 At Millet Mama, the food menu mostly has dishes prepared with millet grains only because it is a local crop

The food menu in Millet Mama has mostly dishes prepared with millet grains only. When asked about why he chose millets alone, Abhishek said,

Millet plays a very important role in this restaurant. Almost everything we sell is made using this local crop – millet which is carbon-free, needs less water to grow and is also free from all kind of chemicals.

Also Read: Travelling Green: Bengaluru Family Takes The Zero-Waste Route For Their Trip To The Northeast

Now, along with the restaurant, Abhishek has also started doing catering for functions and events, where he not only spreads the concept of sustainable living through his food which he provides in steel cutlery but also guides people on how they can also contribute towards the environment by doing their bit. The waste warrior signs off with an appeal, he adds, 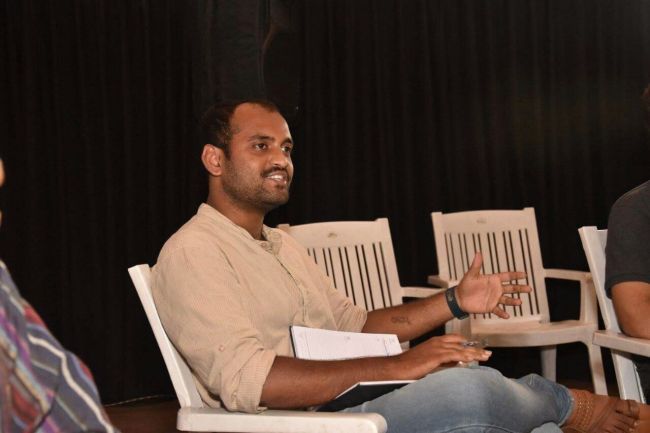 Meet Abhishek B, a civil engineer-turned-restaurateur from Bengaluru

Everybody thinks, living in a sustainable way is costly. Through this initiative, I want to tell them – no it is not. As citizens of the country, it is our duty to protect the environment, whatever we do in life, we all should give it a thought that our actions should not harm the environment in any way. If we start with this thought, I am sure, this planet will be a better place to live in.