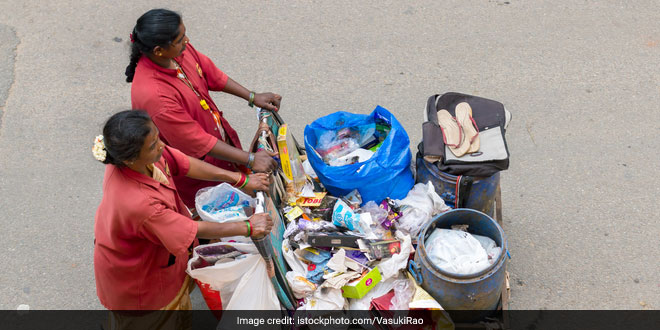 For quite some time, Bengaluru has had problems related to waste management in the city. From depleting spaces in landfills to agitations by pourakarmikas, the municipal workers of the city, Bengaluru has been dealing with several problems related to waste management in the recent past. The city was dependent on a system of waste collection and its transportation by contractors since 2000. Since handing out garbage collection contracts has not been very effective and has resulted in serious mismanagement of payment of wages to municipal workers, the Bruhat Bengaluru Mahanagara Palike (BBMP) has taken over the whole waste management scenario in the city.

For BBMP, taking over the waste management functions in the city will not be an easy task as the first challenge would be to procure garbage collection vehicles of their own. The number of registered contractors working for BBMP stood at 16, of which 12 were registered for dry waste collection, 3 for wet waste collection and one for construction and demolition (C&D) waste collection. A total of 400 compactors and 8,000 smaller vehicles are deployed presently across Bengaluru. The civic body estimates that it will take at least two to three months to procure a similar fleet to collect and transport the city’s waste.

The first priority is to procure the vehicles within two to three months to ensure waste collection and transportation. We will take the handover zone wise and once enough vehicles have been procured for a zone, we will take up the whole waste management work for the zone, said Sarfaraz Khan, Joint Commissioner, BBMP.

For the civic body, the challenge will be to improve the waste management scenario of the city, which has seen below average performance all these years. In this year’s Swachh Survekshan, Bengaluru ranked a mediocre 210, showing that a lot was left to be done for waste management to become more effective in the city. It was also listed as a city which required acceleration in terms of addressing civic issues, in Swachh Survekshan 2016. With no prior experience of managing the city’s daily generation of 5,000 tonnes of garbage every day, how does the BBMP plan to go about its responsibilities?

We have identified the key areas which need to be addressed. Waste segregation and awareness related to it is very low in the city and we will begin residential societies to ask to segregate waste. That will, to some extent, lessen the garbage produced in the city daily. We will also ensure that all pending wages for pourakarmikas are released and they are given proper contracts for their work, said Mr. Khan.

In February this year, the BBMP made it compulsory for every resident of the city to segregate waste. Non-compliance with the norms would result in a fine of Rs 100, which would be increased with every repeat offence. Till February 2017, only 35 per cent of the city’s waste was being segregated, which increased to 50 per cent by the end of April 2017. On taking over the waste management mantle from contractors, the BBMP plans to conduct awareness campaigns in residential societies, as they are some of the biggest waste generators in the city. From segregating waste at source to using biodegradable waste for composting, the BBMP plans to reduce the waste generated from residential societies. The civic body also plans to conduct regular waste segregation and collection drives in malls and marketplaces to ensure that garbage is not thrown astray.

The bigger challenge for BBMP would be to address the collective issues of pourakarmikas. 19,000 of Bengaluru’s sanitation workers, who have worked under contractors and have gone on strike on numerous occasions throughout the last year, demanding better wages, better work conditions and payment of all their dues. Clearance of all the arrears in January 2017 cost the BBMP a massive Rs 70 crores, but ever since, there have been instances of contractors not paying proper wages to the sanitation workers and flouting the norms. From now on, the civic body plans to hand proper contracts to each sanitation worker and directly transfer their wages to bank accounts, thus ensuring that there is no discrepancy. This will also help BBMP lessen their burden of paying contractors, many of whom would inflate bills for the municipality to pay.

By ensuring direct payment of wages to sanitation workers, the BBMP will effectively close the gap that was open all these years due to contractors flouting norms and holding back proper wages. The pourakarmikas are hopeful that BBMP will provide them with fair wages and proper work conditions once the civic body starts managing waste on its own, said Vinay Sreenivasa of Alt Law Forum, which has been instrumental in working for Bengaluru’s pourakarmika’s rights.

The BBMP will look to ensure that Bengaluru ranks better in next year’s rankings and the city’s sanitation workforce is given the due they deserve for all the hard work. If the civic body can manage its waste segregation, collection and transportation duties properly, Bengaluru’s garbage problem will be addressed effectively in the coming months.