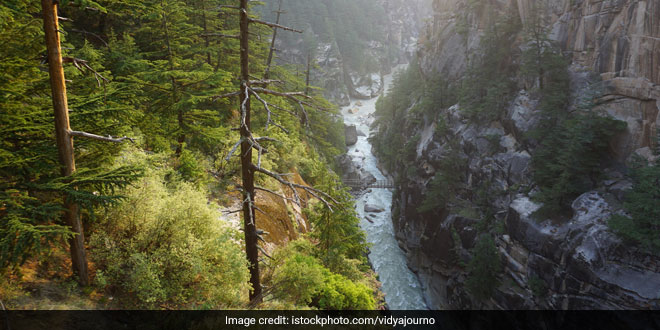 New Delhi: The National Green Tribunal (NGT) has directed state-run National Highways and Infrastructure Development Corporation (NHIDCL) to deposit a sum of Rs two crore with the Central Pollution Control Board (CPCB) for environment restoration after it found that the company was dumping muck into the Bhagirathi river in Uttarakhand.

A bench headed by NGT Chairperson Justice Adarsh Kumar Goel passed the order after going through the report of a four-member committee headed by Additional Director of the Ministry of Environment and Forests.

“We are satisfied that the recommendations and suggestions of the Expert Committee must be fully carried out by the NHIDCL.

The same Committee may periodically visit the sites (where muck is to be dumped) preferably once in a quarter to avoid any damage to the environment. This quarterly inspection may be carried out till the muck dumping sites are saturated in terms of the capacity and stabilisation, the bench, also comprising Justice S P Wangdi, said.

It also directed NHIDCL to conduct soil survey in respect of stability of soil and the geology structure of the areas before undertaking such projects.

Such survey may be now conducted within one month and finding thereof may also be sent to this Tribunal by email at ngt.filing@gmail.com, the bench said.

The proposed action plan by Central Pollution Control Board for environment restitution may be furnished to this tribunal by e-mail not only in relation to the present matter but as a comprehensive action plan, the NGT said.

The direction came on a plea filed by Gaurav Jain who had alleged that NHIDCL was dumping muck into Bhagirathi river during construction of road in a reckless manner. It had referred to various newspaper reports to substantiate its claim.

Air Pollution In Delhi: Over 3,500 Kilos Of Firecrackers Seized Ahead Of Diwali

Delhi Turns Into A Gas Chamber Ahead Of Diwali