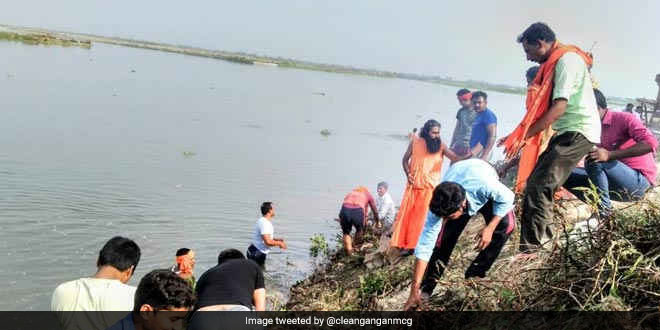 New Delhi: The National Green Tribunal (NGT) expressed dissatisfaction over the cleaning up of Ganga and said the situation was extraordinarily bad and hardly anything effective has been done to clean the river.

A bench headed by NGT chairperson Justice A K Goel said that despite claims by the authorities, the work done on the ground for Ganga rejuvenation was not adequate and regular monitoring was required to improve the situation.

The Green panel ordered survey to seek views of common man about what he feels on ground about the pollution in Ganga and said the feedback could be given through e-mail of the authorities concerned.

It is the most prestigious river in the country which 100 crore people respect but we are unable to protect it. Let us try to make the mechanism as strong and effective as possible, the bench, also comprising Justices Jawad Rahim and R S Rathore, said.

The NGT had earlier rapped the National Mission for Clean Ganga (NMCG) for not filing a compliance report on the steps taken by the Centre and the Uttar Pradesh and Uttarakhand governments to clean the river Ganga in the stretch between Gomukh and Unnao.

The green panel, in a detailed judgement, had passed a slew of directions to rejuvenate Ganga, declaring as ‘No Development Zone’ an area of 100 metres from the edge of the river between Haridwar and Unnao and prohibiting dumping of waste within 500 metres from the river.

The tribunal had said the government has spent over Rs 7,000 crore in two years to clean the Ganga which still remains a “serious environmental issue”.

In Hyderabad, A Composting Request Goes Out To Bulk Generators In Form Of Protest By Civic Body Officials