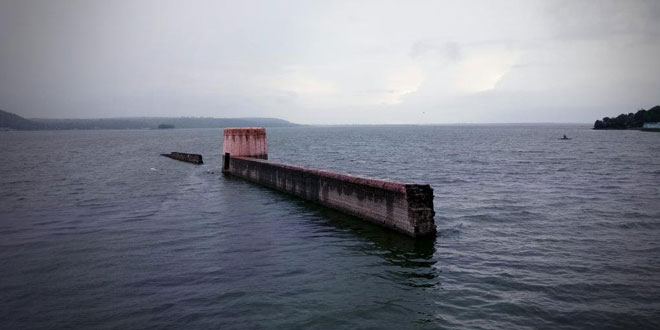 Pollution of waterbodies is not new to India. What started with the pollution of major waterbodies like Ganga and Yamuna has also been replicated across the country’s lakes. Be it a natural Dal Lake of Srinagar or a manmade Lake Pichola of Udaipur, pollution, mostly the disposal of untreated sewage is damaging India’s waterbodies beyond repair. The lakes of Bhopal in Madhya Pradesh are no exception. The Bhoj wetland which consists of two lakes, Upper and Lower which have long been the city’s lifelines. Today, chemical and toxic sewage finds its way into the lake and inevitably to the drinking glasses of Bhopal’s population, who are at the receiving end of pollution in the city’s lakes.

The tryst with pollution is not new to Bhopal’s lakes, which were built in 1000 AD during the reign of Raja Bhoj. The Bhoj wetland bore the brunt of the city’s urbanisation throughout the latter half of the 21st century. In 2002, the lake, polluted with filth from untreated sewage was given the status of an endangered water body of international importance, as per the 1971 Ramsar Convention. 15 years since the recognition, the lakes of Bhopal continue to be endangered as pollution is rampant and incessant.

Conservation of waterbodies is often not taken up seriously in India and the exploitation Bhopal’s lakes undergo on a daily basis is a testament to the fact. The Upper lake initially occupied an area of 30 sq. km. but today has shrunk to 8 sq. km, a massive decrease. The lower lake has decreased in area too, and today occupies an area of just 2 sq. km compared to the initial area of 8 sq. km. The Bhopal Municipal Corporation estimates that nearly 2,000 people use the lakes every day for purposes ranging from bathing to washing clothes, resulting in large scale pollution of the lake. A study by the Centre for Science and Environment on Bhopal’s lakes in 2015 showed that small and medium sized buildings near the lakes have increased by 60 per cent since 2010, numbering to around 6,000. Waste from all of these go into the lakes. Usage of motorboats in the upper lake has also polluted the lake as diesel residue has been found to float on the lake’s surface.

There has been a huge increase in the number of buildings near the lakes in the past few years. Increase in buildings means increase in population and not only is the lake water used extensively but waste from these establishments goes directly into the lakes, polluting it extensively, said Dr Subhash C Pandey, Editor-in-Chief, Journal of Environmental Research And Development, Bhopal.

The upper lake’s polluted status makes the scenario dangerous for Bhopal, as 40 per cent of the city’s 1.7 million population are dependent on the Upper lake for drinking water supply. But with nearly 44 million litres of sewage going into the Upper lake daily, a major part of Bhopal’s population is exposed to contaminated drinking water.

Bhopal’s lakes are again examples how mere allocation of huge amounts of money without proper planning fail to yield proper results. In 1995, the Central government allocated an amount of Rs 250 crores for restoration of the lake, with money borrowed from the Japanese Bank of International Cooperation (JBIC). Work did progress well for the first few years, especially 18 treatment stations around the Upper lake and 14 treatment stations around the Lower lake were restructured. The project which had a completion deadline of five years took nine years to finish. But the real problems of encroachments, sewage disposal and excessive usage of water were not taken into consideration and it was only a matter of time that the lakes’ water quality continued to deplete. A study conducted by Current World Environment, a journal on global environment found out that depletion in water quality in the Upper lake resulted in the number of fauna come down to 31 from 50.

Initially the conservation efforts yielded some results, but the main problem of too much sewage going into the lakes from urban establishments continued. Naturally, a few years after the project concluded, the water quality began deteriorating, said Dr Pandey.

Since 2007, biomedical waste disposal has also been a concern, as the local Hamidia Hospital was found disposing medical waste into the Upper lake. A probe by the Madhya Pradesh Pollution Control Board (MPPCB) also found the hospital guilty of mismanaging in its waste disposal. One major success achieved by the MPPCB in 2008 was emptying out nearly 750 acres of land of encroachments near the lakes. In 2009, several Bhopal citizens came together to clear nearly 300 kg of weed from the lakes. But the encroachments continue to pose a threat to the lakes as untreated sewage disposal is still the key concern.

We have cleared encroachments in the past but legal establishments around the lake cannot be vacated without proper rehabilitation. Setting up a sewage treatment plant is our priority so that we can connect the drainage system to the plant and instead of disposal in the lake, sewage can get properly treated. We are planning to set up an STP near the lake to treat the sewage which is presently being discarded into the lake directly, M.P Singh, Secretary, Public Health Department, Bhopal Municipal Corporation.

The Way Forward For Bhopal’s Lakes

The urban surroundings of the lakes make conservation even more difficult, as human activity in and around the lake continue in full swing. The priorities for Bhopal’s lake should be to first clear out all the weed and silt deposited on the lake’s surface. The sooner Bhopal gets a sewage treatment plant around the lake areas, especially the Upper lake, the better it is for the lakes as daily disposal of sewage is the principal cause of the lake’s decay. It is also the responsibility of the civic body to ensure that solid waste is segregated and collected properly, not disposed directly into the lake. Though efforts were made to lessen pollution in the lakes, the civic body must opt for a more scientific approach to deal with the water contamination problem as the Upper lake is a major source of drinking water in the city. The lakes’ crisis cannot be ignored anymore.