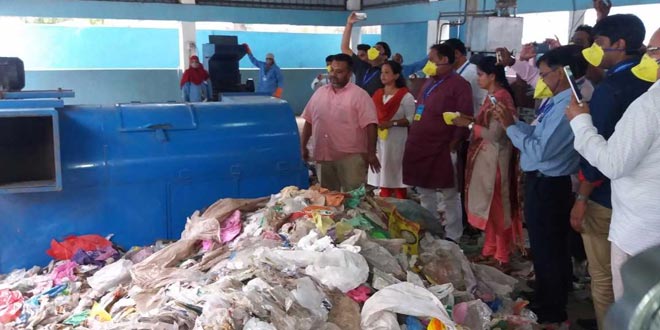 About two decades ago, 24-year-old Chandrika a ragpicker from Bihar migrated to the sprawling city of Bhopal in search of a livelihood. She migrated in the hope of a steady salary from city’s civic body for collecting waste. Chandrika, like the millions of other ragpickers in India (estimated between 1.5 million and 4 million as per indiaspend, are an important link in the country’s waste management cycle and yet the work they do lacks any job security, income or dignity. This is the fate of most ragpickers in India who have no option but to work in unhygienic and hazardous conditions often getting exposed to injuries, infections, respiratory and other diseases like tuberculosis.

In 2008, 42-year-old, Bhopal-based Imteyaz Ali quit his well-paying government job and started an NGO, Sarthak with the twin objective of mobilising waste pickers to tackle city’s plastic waste disposal problems. And in the process ensure better working conditions for the waste pickers. 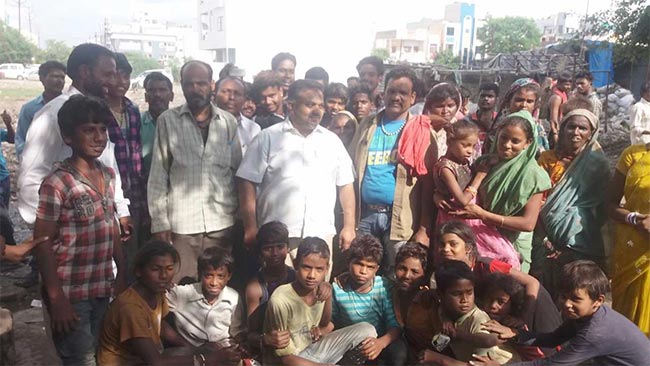 Talking to NDTV Mr Ali says, “In my college years I used to see many ragpickers working in hazardous conditions, someone had to take the step to improve their working conditions. In 2008, I took voluntary retirement and in the same year Bhopal had witnessed a flood like situation. Plastic bags were one of the reasons which had choked our drainage systems. Under waste management, I decided to focus on treating city’s plastic waste and thus the NGO was formed.”

After studying the effects of open burning of plastics for some months, Mr Ali approached the Central Pollution Control Board (CPCB), “With the help from CPCB, we undertook an experiment and burnt plastic at very high temperatures. We found that the end product when mixed with coal could be used as an alternative fuel in cement plants. After procuring permits from necessary state authorities we started to supply plastic to 12 cement plants,” explains Mr Ali.

In the beginning like any other organisation, even Sarthak had to go through financial crunch, “Initially when financial crisis was a road block to our project, we had approached the Bhopal Municipal Corporation (BMC) for help. But when the civic body declined our request, we approached the United Nations Development Programme (UNDP) and they agreed to help us,” he adds. 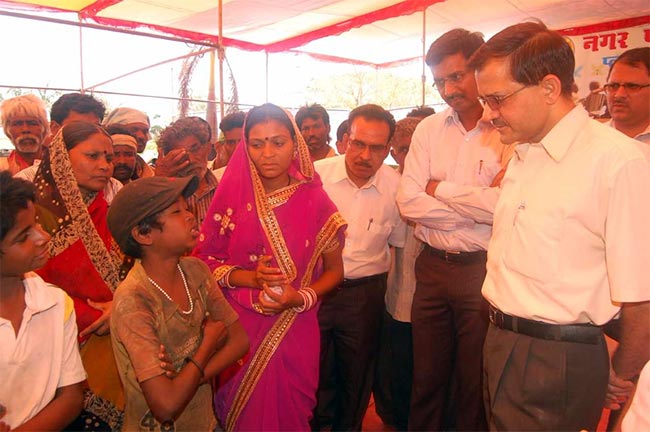 The next step was to recruit manpower. The NGO identified 3,200 ragpickers from the city and hired them to collect plastic waste from households. These ragpickers were not only given regular wages but were also given other benefits like medical insurance. Children of the employed ragpickers were enrolled into government schools. An identity card was issued to the waste pickers by the BMC, thus giving them a formal recognition. Today, nine years since it first started its operations, the NGO has grown to employ 19,000 ragpickers.

In 2012, Sarthak explored the option of using waste plastic in building roads and installed five plastic collection centres (PCC) in Bhopal which has now increased to 79 centres across the state. 16,000 kilometres of roads in the state have now been layered with waste plastic.

The NGO collects nearly 607 tonnes of non-biodegradable plastic waste per day from over 4 lakh houses of Bhopal and treats it scientifically. The NGO generates revenue of upto Rs 80,000 per month from selling the recycled plastic to scrap dealers in the form of plastic sheets. The NGO also treats plastic waste in other cities of Madhya Pradesh like Indore, Jabalpur and Chanderi. 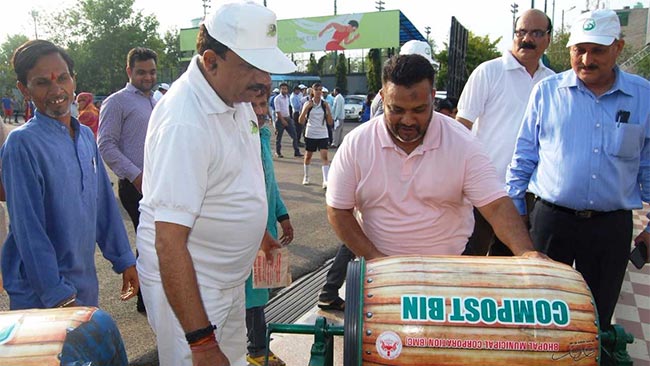 The NGO has been instrumental in providing a steady salary and a dignified life to all the ragpickers employed by it. 20 years after ahe left her home in Bihar behind, Chandrika today is living a dignified life, a life she always wanted.  She has enrolled her two children, 14-year old daughter and 10-year old son, in schools to ensure a better future for them.

Efforts of this Swachh crusader helped cities like Bhopal and Indore cut down the overall plastic waste being dumped untreated or dusposed of unscientifically, resulting  environmental hazards.

How our cities manage plastic waste will be critical to their survival. Indore’s example demonstrates the importance of involving all stakeholders including households and businesses that generate waste, local NGOs that spread awareness, and municipalities and waste pickers entrusted with managing the process, says Marina Walter, Country Director, A.I United Nations Development Programme in India.

Known as the ‘Bhopal model’ this waste management model designed by Mr Ali is now being replicated by other cities like Pune and Kanpur.

Like any other success story, the journey wasn’t an easy one for Mr Ali. “With changing governments, local authorities and waste management policies it used to get difficult for us to run our project smoothly. There were times when the rag pickers would have a skeptical attitude in working with the organisation. But with support from all our stakeholders we were able to successfully implement it in Madhya Pradesh.”

After changing the manner of plastic waste management and formalising rag picking in several parts of the state, Mr Ali now plans to explore the sectors of electronic waste and composting processes. He also plans to share his model with NGOs across India, “We are trying to connect with NGOs in metropolitan cities who are working on the rights of rag pickers. We have sent our model to NGOs in cities like Kanpur, Pune and Jaipur.”

Bhopal’s Twin Lakes, One Of Which Is A Water Supplier To The City, Is Struggling With Encroachments And Disposal Of Untreated Sewage