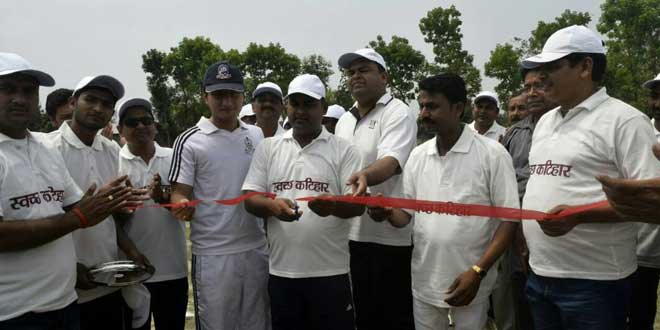 Two years since the launch of Swachh Bharat Abhiyan, 2 lakh villages have been declared open defecation free (ODF). Despite constructing toilets in rural households across India, the practice of open defecation is still prevalent in most of India’s remote areas. Perhaps changing behaviors and practices towards sanitation is the biggest challenge that India faces and a major roadblock to the success of Swachh Bharat. To break the shackles of this practice, the government is adopting various approaches like plays, posters, radio campaigns to educate people. 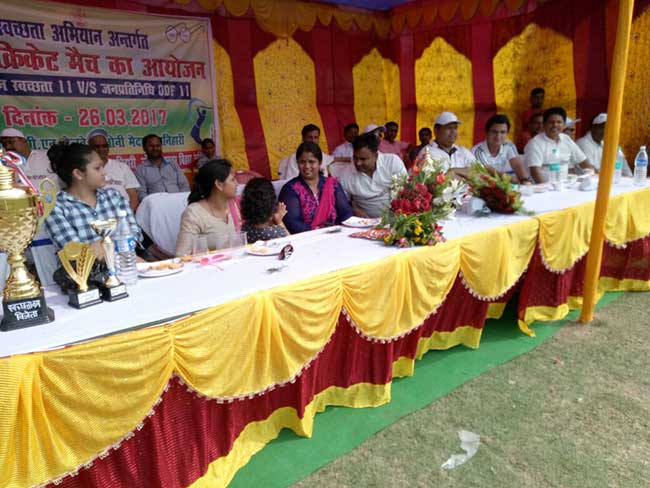 Cricket matches are organised to encourage villagers to use toilets

But one may find this use of cricket approach very interesting and fresh and it isn’t new for the residents of Katihar. Two years back under the Nirmal Bharat Abhiyan, we had organised a cricket match after which the practice of open defecation was ended in one of Katihar’s village. Now, under the new government’s initiative we have revived this method to spread the message of cleanliness, Mithilesh Kumar Mishra, Katihar District Magistrate tells NDTV.

Katihar has a total of 51 villages, of which 44 have already been declared ODF. Every time a block turns ODF, a ‘Katihar Cricket League’ is organised to celebrate the success and motivate the people to use toilets.

For instance, Manihari, the newly declared ODF town had organised a match in March which was witnessed by 5,000 people. Soon after the match, the district magistrate explained in detail the ill-effects of defecating in open. “Cricket matches are great way to get the attention of thousands of villagers. We connect every aspect of the match to Swachh Bharat Abhiyan and try to bring a behavioral change,” says Mr Mishra. 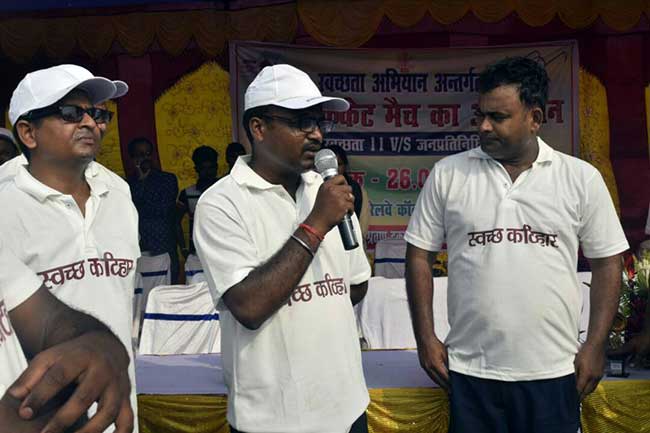 Post the match, officials tell audiences about the disadvantages of open defecation

Apart from broadcasting messages of swachhta post the match, the local government is educating people in innovative ways. Wherever a match takes place, hoardings of ‘ways to maintain a clean environment’ and ‘health complications arising due to open defecation’ are placed in villages. Further, even the prizes have a Swachh logo or a message. For example t-shirts for players are printed with messages like ‘Khule Main Shauchh Na Kare’ and ‘Swachh Katihar, Swastha Katihar’. All the trophies have ‘Swachh Katihar’ inked on them.

So has the popular sport been successful in spreading sanitation message? In every block, everyone, especially children, is excited to attend these matches. Women in particular are keen to get information on safe and hygienic sanitation practices. The change in behaviour towards cleanliness is gradually taking place, says Mr Mishra.  The next match will take place in the Amdabad block on June 4 confirmed Mr Mishra. 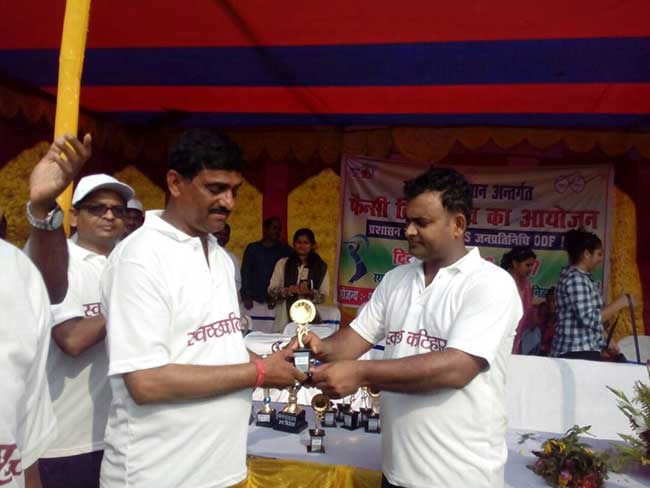 Swachh Trophies are given to the winners as a souvenir

Additionally, the district is also prepping to end open defecation in regions along the banks of Ganga. So far 15 out 27 gram panchayats have been declared ODF. The panchayats will soon organise matches in these areas as well.