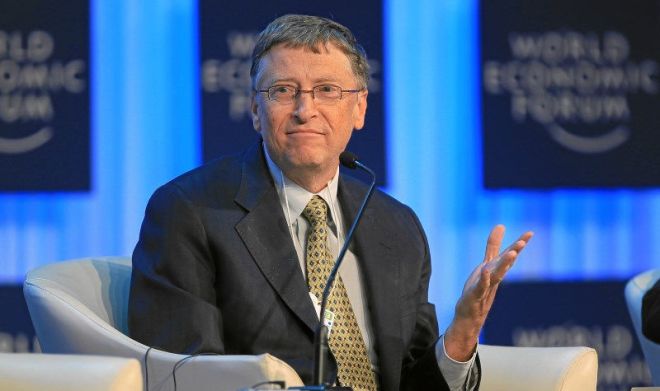 Washington: Sick of smelly toilets, Microsoft founder Bill Gates has funded the development of an odour-blocking perfume that smells like poop as part of an ambitious effort to develop stink-free toilets and improve poor sanitation across India and Africa.

The billionaire philanthropist’s ‘The Bill and Melinda Gates Foundation’ partnered with a Swiss-based perfume company ‘Firmenich’ to create a poop smell blocker with the hope to make smelly toilets a thing of past and make a difference in communities with poor sanitation.

Noting that one billion people had no access to toilets and they defecate in the open, 61-year-old Gates said that three billion have toilets but their waste is dumped untreated, seeping into water and food supplies, leading to many diseases and slow economic growth.

“Beyond the tremendous human suffering, it’s a problem that slows economic development. In India alone, poor sanitation costs nearly USD 55 billion each year— more than 6 per cent of GDP,” Gates wrote on his Gates Notes blog.

“Millions of new toilets are being built around the world to help end open defecation, including in India where a massive new toilet construction program is currently underway. This is great news.”

Unfortunately, many of these new toilets, especially the pit latrines, don’t get used because they smell bad and people continue to relieve themselves in the open. This is a worrying trend that threatens to undermine the progress that’s been achieved in global sanitation. – Bill Gates

While pleasant fragrances are often used to cover tough odours, Firmenich decided to try a different and “more sophisticated approach” to get rid of the toilet stink.

So What Exactly is The Poop Perfume?

First the four chemical compounds that are responsible for the terrible smell in toilets are isolated, then the same is recreated as the odour using synthetic compounds.

The developed fragrance then block certain olfactory receptors in our noses, making us unable to register the bad smells. The approach is simple,  just like we use headphones to block out jet engine noise on flights, ‘Poop Perfume’ works on the same phenomena.

“I had an opportunity to experience the odour-blocking fragrances in action. I was invited to push my nose into a glass sniffing tube and breathe in a mixture of the poop perfume. It smelled pretty good. There was no evidence of repulsive odour I had experienced earlier,” he said.

“The question now is whether this technology is good enough to make a difference in communities with poor sanitation. That’s why Firmenich is launching pilot projects in communities across India and Africa to understand whether the fragrances will make toilets and pit latrines more inviting for users,” Bill Gates said.

He said the company also needed to determine if it is better to distribute the fragrance as a spray, a powder, or something else.

“The ultimate goal is to make the product affordable and easy-to-use,” he said.

And The City With The Smelliest Toilets In India Is