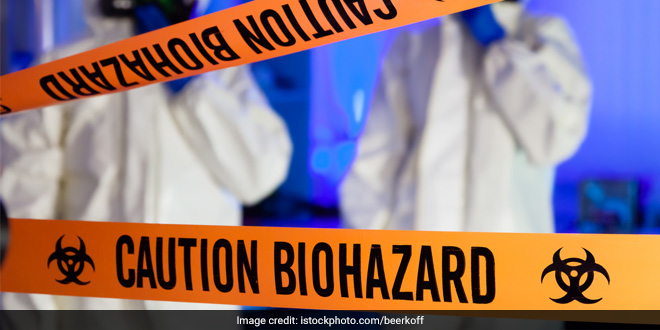 Bihar: Darbhanga Medical College Hospital is the second biggest medical hub in the state, and is the most reputed MBBS college in the city. Medical care is vital for human life but it becomes a threat to that very life when the healthcare institutions become a source of transmitting diseases. NDTV travelled to Bihar to assess the impact of the Swachh Bharat Abhiyan. The crew is in for a shock when they landed in this hospital. The premises have become a dumping ground for garbage, hospital waste – both biological and surgical.  The hospital authorities seemed to have no clue on what threats these discarded bits of biomedical waste pose to the environment and to the people at large. 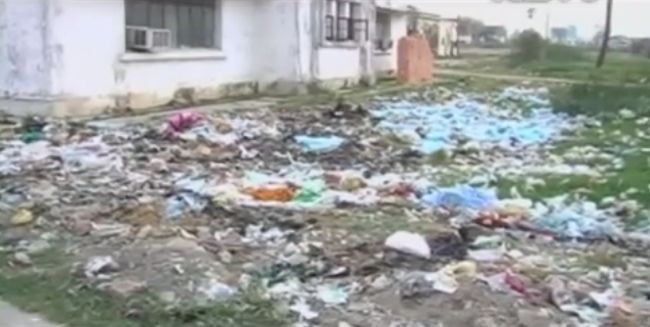 The premises have become a dumping ground for medical waste

As a rule, syringes, needles, blood-soiled bandages and other biomedical waste should be disposed of cautiously in different colour coded bins as there is a fear of infections spreading within the hospital. But, that’s not the case with Darbhanga Medical College Hospital. In fact the colour coded bins are non-existent in some wards and where these do exist, the waste is not segregated properly, rendering these bins useless. But waste management takes a back seat given the other issues that the hospital seems to have. Sanjay, an attendant in the Intensive Care Unit (ICU) laments,

The ACs have not been working for over a year, there is no water supply so we have to go out of the ward to fetch water; even undisrupted electricity is a challenge.

Despite having colour coded bins,the waste is not segregated properly

The nurse in the ICU shows NDTV the single dustbin being used for all the waste and adds, “We put all the waste in this bin alone as only one dustbin has been provided to us by the authorities; everything gets mixed.”

Barely 10 metres away from the filth, new lives are being born every single day

What’s more, the maternity ward at the Darbhanga Medical Hospital overlooks a mini landfill with uncleared garbage as the municipal authorities have not been collecting the waste regularly. Reason cited for this irregularity, the waste is a mix of toxic biomedical waste and municipal waste. It is a shocking sight, on one side herds of pigs are feeding on the garbage and barely 10 metres away from this filth, new lives are being born every single day.

The problem seems to be lack of awareness and education among the staff members of the hospital about biomedical waste management. From nurses to orderlies, sweepers, staff, all seem clueless about the standard segregation measures.

On being asked if they received any training on how to handle biomedical waste, their answer was, ‘No.’

What’s worrisome is the fact that a few had never heard of the term biomedical waste either. This lack of awareness in the biggest MBBS college and hospital in Bihar is despite the mandatory 2016 biomedical waste rules that state that all hospitals must train their workers on the handling of biomedical waste and immunise them against diseases that are likely to be transmitted while handling biomedical waste.

On being asked if the staff gets regular immunisation against Hepatitis or Tetanus, the Nurses casually answered, “We take the injections on our own as a precaution.”

Indiscriminate dumping is attracting various animals like dogs and pigs

Due to the standoff with the Nagar Nigam on picking up the hospital waste, most of the open and empty areas on the hospital campus are being treated as dumping ground for biological, surgical and other waste. Not only is this highly  hazardous, but open garbage also attracts animals like stray dogs and pigs, which further jeopardise the health of the patients.


For a Swachh Bharat Abhiyan to succeed it is crucial that treatment of biomedical waste is implemented strictly in medical institutions.

On The Line Of Prime Minister’s Chai Pe Charcha, Barmer Adopts Coffee With Collector To Push The Swachh Bharat Agenda