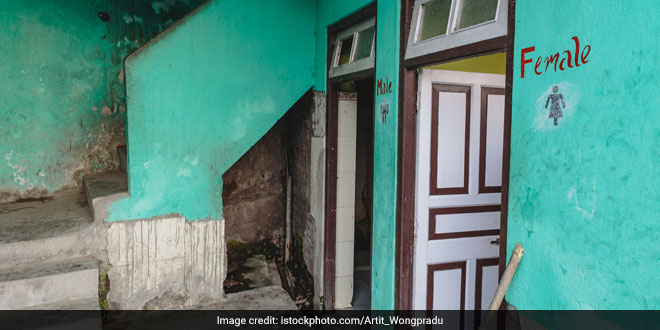 Temperatures of up to 50 degrees in summer, scanty rainfall and seemingly never ending sand dunes are synonymous with Barmer. This district in western Rajasthan, known for its proximity to the Thar desert and historical monuments, is currently struggling to end the age old practice of open defecation. Rajasthan recorded the highest number of toilet construction during the first year of Swachh Bharat Abhiyan, with over 20 lakh toilets constructed between 2014 to 2016. But one of the districts Barmer, after nearly three years of the Swachh Bharat Abhiyan more than 8 lakh of the district’s 26 lakh population are still defecating in the open.

An average of 25,000 toilets were built in the years between 2012 and 2016, totalling to 1,08,848 toilets built. More than 10 times the annual average of toilets built would be required if Barmer is to become ODF by December 2017. The total number of villages in Barmer is 2,593, of which only 523 are currently ODF. More than 2,000 villages are bereft of 100 per cent sanitation facilities, signalling a huge challenge for the district administration. Out of 380 gram panchayats in the district, 173 are ODF, which is less than 50 per cent.

With this Herculean deadline to achieve, the district administration has come up with certain initiatives to encourage toilet building among the residents of the villages. The District Collector has announced that any villager who constructs a toilet and convinces his/her family members to use it regularly, will get to have a cup of coffee with the collector and subsequently be rewarded at the district headquarters. The initiative not just encourages one to build toilets but also allows villagers to interact with the administration and put forward their grievances, if any.

“This move has been undertaken to encourage safe sanitation practices among villagers in the district. I will visit the villager for a cup of coffee. This can also inspire others to follow suit and build functional toilets in their households,” said Nakate Shivprasad Madan, District Collector, Barmer.

But will the district administration’s efforts pay off in meeting the target? Barmer’s residents are not too happy with the way in which sanitation mission has been conducted so far and many have complained that they have not received the allotted Rs 12,000 that is the promised sum under the Swachh Bharat Abhiyan for constructing toilets.

An NGO, Financial Inclusion Improves Sanitation and Health (FINISH) which has aided the construction of over 20,000 toilets in the villages of Barmer district has noticed that many villagers did not receive the requisite amount on time. This disheartened many others and limited their participation in building toilets as many remained unsure whether they would receive the allotted amount or not.

During the first two years of the campaign, many toilets were constructed but the villagers did not receive the amount of Rs 12,000 on time. Unlike the promises of the campaign, it took months for many villagers to get their rightful amount. But this is a harmful trend for the campaign as a whole, as many people were discouraged by the practice of late payments, says Saurabh Agnihotri, Member, Project Implementation Team, Finish Society.

But the authorities are confident of not encountering any such problem now. According to them, the initial delays in payments were due to budget crunch that the district administration had faced back then. They claim there is no such crunch now, and the district administration has already started releasing amounts to villagers who have successfully completed toilet construction at their premises.

There was some difficulty at the initial stage when many households had completed construction but we had not received funds from the Centre, so we were unable to disburse them. We have now started disbursing the amounts and those who begin construction of toilets now will get the amount, as per the Swachh Bharat guidelines, said M.L. Nehra, Chief Executive Officer, Barmer District.

The challenge for Barmer is more crucial as the administration faces the dual task of convincing the villagers of timely payment as well as hoping that they participate in building the toilets.