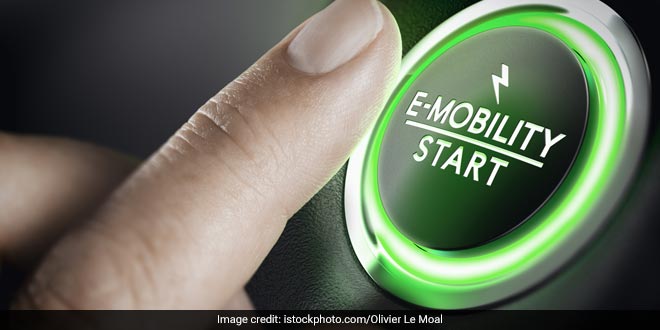 New Delhi: The Electric Vehicle (EV) industry is happy with the clear and loud declaration in Budget 2019 about electric mobility to be powered by renewable sources and it being the key dimension of India’s vision 2030. Presenting the last budget of Prime Minister Narendra Modi’s government before the General Elections, Interim Finance Minister, Piyush Goyal announced that India will lead energy revolution with electric vehicles. The budget did not get into specifics though  the electric vehicle (EV) industry was expecting some incentives in the form of tax cuts to manufacturers and consumers to reduce  prices and boost demand of these vehicles. In his Budget Speech Mr. Goyal said,

Making India a pollution free nation with green mother earth and blue skies is the third dimension of our vision.This India will drive on electric vehicles with renewables becoming a major source of energy supply. India will lead the world in the transport revolution through electric vehicles and energy storage devices, bringing down import-dependence and ensuring energy security for our people.

Mr. Goyal asserted that India will reduce its dependence on imported crude oil and will focus on increasing renewable sources of energy. He also said that India’s solar generation capacity has increased 10 times in the last five years. This, according to the electric vehicle industry is a positive sign for a cleaner and greener future of India.

Probably, for the first time Government has announced its clear commitment towards green mobility. Till now various ministers spoke individually about this. But by making it a part of it 10 years vision document, Government of India has firmly shown its commitment and has put all the uncertainties away about Indian Electric Mobility Industry. Now we are looking forward to the announcement of the second phase of Faster Adoption and Manufacture of (Hybrid and) Electric Vehicles- II (FAME-II).

The FAME India Scheme was launched by the Ministry of Heavy Industries and Public Enterprises in 2015 to incentivise the production and promotion of eco-friendly vehicles including electric vehicles and hybrid vehicles in India. FAME India is a part of the National Electric Mobility Mission Plan. Main thrust of FAME is to encourage electric vehicles by providing subsidies.

The budget 2019 indicates that the next decade is going to witness a great push towards electric vehicles. However, considering the immediate environmental concerns we were hoping for something concrete in the 2019 budget. Moreover to meet the target of 2030 the government needs to plan today instead of giving the electric vehicles a push at a later stage.

Sohinder Gill, CEO of Hero Electric and Director of Society of Manufacturers of Electric Vehicles (SMEV), the nodal body of electric vehicle manufacturers in India said that while the promise of bringing an Electric Vehicle revolution to India by 2030 will provide much-needed impetus to the industry, there is no announcement yet on specific action plans to achieve the mission to expand the electric vehicles market in India. Mr. Gill further said,

The government’s focus on the use of clean energy in the transportation sector would certainly help our country tackle the issue of climate change. EV industry welcomes the government’s commitment towards making the country pollution free. We hope the government would soon announce a concrete plan of action with its time-bound implementation in order to fulfill its stated vision. SMEV strongly feels that an initial high dose of incentives and actions must be taken in the next 1 or 2 years to relaunch the electric mobility mission that has sort of lost steam in the recent years due to a flip flop in the policies.

Mr. Gill also welcomed the allocation of funds to improve rural road infrastructure as it will increase the opportunities for electric vehicles in the rural and semi-urban areas. He said,

We have witnessed that EVs are more popular in semi-urban and rural areas. Government allocation of Rs 19,000 crore under Pradhan Mantri Gram Sadak Yojana would further expand the market for EV manufacturers.

Shekar Viswanathan, Vice Chairman of Toyota Kirloskar Motor also welcomed the budget and said, “The focus to strengthen the infrastructure in terms of road, rail & air transport will certainly facilitate industrial growth and promote ‘Make in India’ paving way for better mobility and accelerate the ease of doing business.” He further said,

We applaud the Government of India’s focus on EV drive towards reducing fuel import. Toyota has been a pioneer in electrified space offering alternate mobility solutions globally.

Electric mobility being one of the pillars of the Indian economy in the Interim Budget is a humble acknowledgement of the nascent industry. Over the past few months, ministries like Power, Urban Planning and Finance have been announcing policies to drive adoption of electric vehicles. Specifically, we welcome the Department of Revenue’s relief on import duty of lithium-ion cells. Reduction of the custom duty on the knocked down kit of vehicles, however, goes against the spirit of ‘Make in India’ since it might lead to flooding of the market with low-quality vehicles. We need a long term view to empower manufactureres to build.

Mr. Gill said that a day ahead of the Budget 2019, the government made a significant announcement of lowering customs duty on import of parts and components of electric and hybrid vehicles from 15-30 per cent to 10-15 per cent, to promote domestic assembling of electric vehicles. While this is a positive move towards making EVs affordable, the industry was expecting a further reduction to 5 per cent. The industry is also hoping for the launch of FAME-II during this Budget Session of the Parliament, which has been getting delayed for a long time. FAME II is expected to increase the current subsidies for both manufacturers and consumers, to not just boost production, but  also improve the demand to increase the sale of EVs.

One Of The Most Visited Tourist Spot Of Karnataka, Panchakalyani Lake To Be Revived By Infosys Foundation