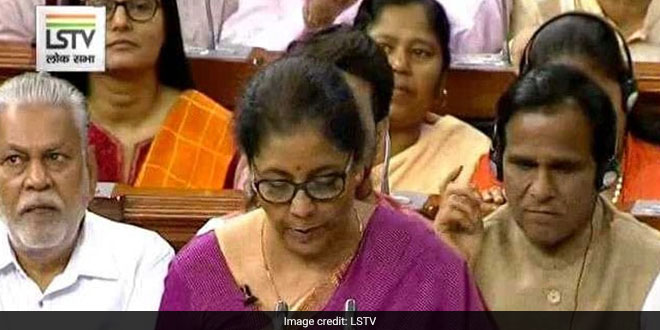 New Delhi: Finance Minister Nirmala Sitharaman delivered her first budget today (July 5), giving a glimpse of the five-year roadmap of Prime Minister Narendra Modi’s government, voted back to power with a resounding majority in the 2019 elections. Ms. Sitharaman, the second woman in the history of independent India to present the Union Budget, opened her speech by emphasizing on the vision of the government in the second term. According to her, the government aims at ensuring a pollution free India, with an allocation of 460 crore for pollution control schemes,  – a green India with a blue sky in addition to clean rivers and efficient water management.  She also spoke about the improvement in the hygiene and sanitation condition of the people,

In the last five years, our government has worked towards changing the lives of common men and women by constructing 9.6 crores toilets at home.

Here are the top highlights of the Budget 2019:

Waste To Wealth: Nepal Strives To Convert The Trash Collected From Mount Everest Into Treasure