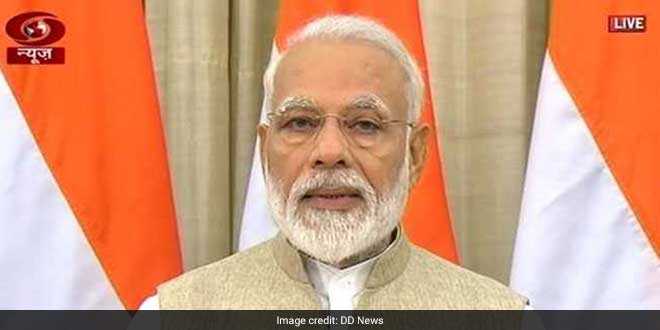 New Delhi: After Finance Minister Nirmala Sitharaman presented her first Union Budget today (July 5) in the parliament, Prime Minister Narendra Modi congratulated Ms. Sitharaman and her team, for coming up with a ‘Green Budget’ that will boost India’s development in the 21st century. He said Budget 2019 has been made with a focus on the environment, electric mobility, improving solar structures and pushes for a green and clean energy in the future.

This time, Union Budget is citizen-friendly, development friendly and future-oriented, and one which will empower the poor and provide a better future to the youth, said PM Modi.

Here are some of the green measures that the finance minister covered in her budget speech:

Unveiling the budget Nirmala Sitharaman proposed to expand the ongoing Swachh Bharat Mission and said that now the government under Swachh Bharat Abhiyan 2.0 will work not only on sustaining the behavioural change seen in people but also harness the latest technologies available to transform waste into energy. The government will undertake sustainable solid waste management in every village.

Apart from this Ms. Sitharaman also stressed on the fact that the government will ensure a pollution free India – a green India with a blue sky in addition to clean rivers and efficient water management.

In this direction, a major push has been given to electric mobility. Finance Minister announced that a recommendation has been made to GST (Goods and Service Tax) Council to reduce the GST on electric vehicles (EVs) from 12% to 5% and said that the government will provide additional income tax deduction of Rs 1.5 lakh for interest paid on the loans taken to purchase EVs. This is to encourage the citizens towards buying more and more electric vehicles.

Ms. Sitharaman also set an ambitious deadline for the government and said that the newly formed Jal Shakti Ministry will work with all states to provide water to all rural households by 2024 under the ‘Jal Jeevan Mission’. Continuing with the green focus, she added that by 2022, the 75th year of independence, the government will ensure that every single rural family will have electricity and a clean cooking facility.

Ms. Sitharaman is the second woman in the history of independent India to present the Union Budget.