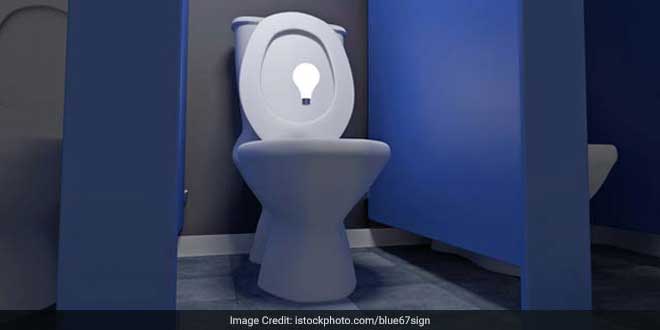 To fulfill the target of Clean India by 2019, everyone – from the Government to civil society, from corporations to the common man – is doing their bit. They are building toilet after toilet in order to make India completely open defecation free. In about 3 years since its inception, the Swachh Bharat mission has already constructed 3 crore toilets. While it is crucial to keep building toilets to end open defecation, the increasing number of toilets are also putting a tremendous strain on our water resources. Another huge concern is the growing problem of untreated waste in the country. Conventional toilet systems flush out waste into our sewerage system, where it can turn toxic if it remains untreated. This is why the need of the hour is to develop and construct toilets that use less water, and can also process the waste generated.

A report released by global NGO states that the daily waste produced on Indian streets can easily fill 16 jumbo jets or eight Olympic-sized swimming pools. A major reason for this growing waste is that more than half of India’s population still defecates in the open. Water scarcity is another issue that India is fighting with. According to government data, residents in 22 out of 32 major cities in India have to deal with daily shortages. Approximately 76 million people in India lack access to safe, usable water.

It is ironical then that we continue building toilets that need large amounts of water with each flush. The solution is not sustainable in the long run, and completely impossible in large parts of the country that suffer from water shortage.

The toilets are designed in such a way that the septic tank where the human excreta gets dumped and pollutes land and water bodies, is now converted into some useful waste material like fertilizers and manure. The natural anaerobic bacteria pre-fitted into these toilet systems eats the waste and releases just water or methane gas. The end results – there is no wastage, water is saved and there are no sewage woes to fight. The working of all these toilets is not only simple but they are environmental friendly as well. An added advantage is that these toilets are odour and chemical free.

In India, there are many players who are making an effort to create these toilets, but the idea is still to garner mass appeal. One of the main reasons for this is that these toilets are costlier than the conventional toilets. The need of the hour is that the government should adopt the idea of building waterless and waste free toilets rather than just focusing on building the conventional ones. 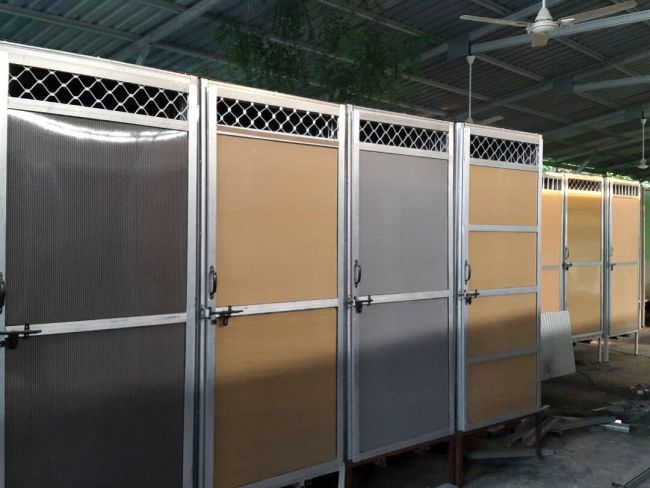 The Dry San Hygienic Rural Toilet: Developed by Professor Dr Kishore Munshi, senior professor and former dean of the Industrial Design Center at IIT-B in 2014, these toilets currently cost around Rs. 70,000. The costs can be brought down once these toilets are manufactured in larger quantities. The Dry-San converts waste material into a resource (fertiliser from urine and manure from solid waste) for the farmer and is waterless as well.

Ecosan Urine Diversion Toilet (EUDT): These toilets offer an inexpensive and easy-to-operate alternative to traditional waste disposal toilets. The man behind these eco-friendly toilets is Marachi Subburaman, who has helped build more than 20,000 toilets in Tamil Nadu’s Tiruchirapalli district. This toilet has two pits that operate without water, and are used as a divider so that the user, with a little effort, can divert the urine away from the faeces. The separately collected urine and the dried faeces can then be used as fertiliser in crop production.

Arvind Dethe’s Revolution In Rural Maharashtra: Once a sugarcane seller, now an engineer, Arvind Dethe invented India’s cheapest bio-toilet that just costs an individual Rs. 6,000.The way this toilet is designed is so simple. The digestion seat where the human excreta goes and get decomposed is pre-filled with anaerobic bacteria. That bacteria act as an eater – it eats or decomposes the human excreta collected in the septic tank. Once this bacteria eats up the waste it gets transformed into water and methane gas.

The Future: So, What’s Next? 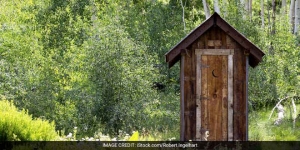 It is not enough to just build crores of toilets for the Swachh Bharat mission. It is equally important to focus on building toilets that are environment-friendly and sustainable. More corporates and NGOs need to get involved and invest so that these sustainable toilets find greater reach and accessibility.

Recently, to up their swachh quotient, even the Indian Railways have earmarked Rs 50 crores for the development of waterless and odourless toilets in trains. Similar action is needed by more government agencies to truly fulfill the Swachh dream by 2019.

Looking Beyond CSR: Can Private Sector Companies Transform The Sanitation Sector Into A Profitable Business Model?

Untreated Sewage: Are Interceptor Sewage Lines Going To Save The Yamuna?