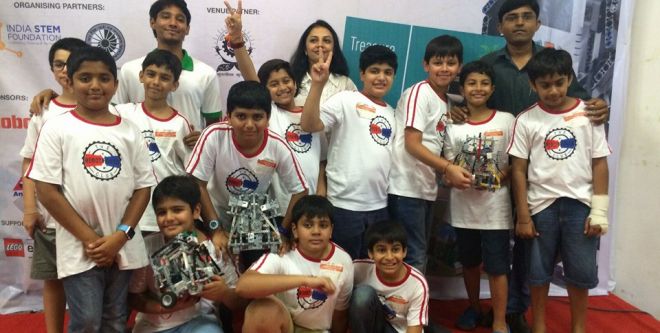 New Delhi: Unlike the usual teenagers, a group of boys from Ahmedabad, who are studying in different schools of the city, illustrated and made a prototype of a smart bin which they think their city needs in order to become Swachh. Meet the Swachh team consisting of 10 students – Aaman Shah, Aarav Savla, Vir Gandhi, Param Adani, Armaan Somani, Ridansh Agarwal, Shaurya Goenka, Maanit Shah, Aahan Mehta and Ishan Patel who met each other through Robotronics Club in Ahmedabad, a platform for young creative children to come together and learn robotics based on stem concepts.

These Swachh crusaders decided to participate in a US-based competition named Trash Trek which happens every year globally. For the year 2016, the competition’s theme was on recycling and students had to come up with innovative ideas for recycling and waste management relevant to their native place. And that was the beginning of their Swachh Journey.

The students were going out on the roads to get a real-time analysis of the situation in Ahmedabad about cleanliness and waste management. They went and checked out every lane of the city and captured the moments on their camera. What they found was something unpleasing and sad, says Monal Shah founder of Robotronics Club in Ahmedabad.

From seeing littered garbage everywhere around the city to know the fact that all garbage simply goes to one bin and ends up in the landfills resulting in the mammoth amount of garbage within the city, these swachh warriors spotted it all. After doing extensive research, the team highlighted some crucial points – 4,800 metric tonnes of dry waste created in Ahmedabad out of which mere 20% is getting recycled, and rest ends up burdening the already overfilled landfills.

Yes, no one wants to see this dark side of the city!

They were moved by these sad statistics and often discussed within themselves that ‘what are we doing wrong?’ That’s when they came to the conclusion that this is due to the fact that the citizens of the city do not believe in the concept of waste segregation, added Monal Shah.

Waste Segregation – A concept not many of us know

Together they all made a plan of action for the city.

The plan included series of actions – First to inculcate the habit of waste segregation in their society, school, and neighborhood by going door-to-door in order to educate the masses about the importance of waste segregation. What’s great, the club’s members decided to collect the dry waste themselves and give it for recycling. Within 20 days of starting the initiative, the team had managed to collect and recycle over 1 tonne of dry waste. They also made revenue of Rs. 30,000 through the process of recycling, the group later gave the amount to a Foundation in order to help autistic children. 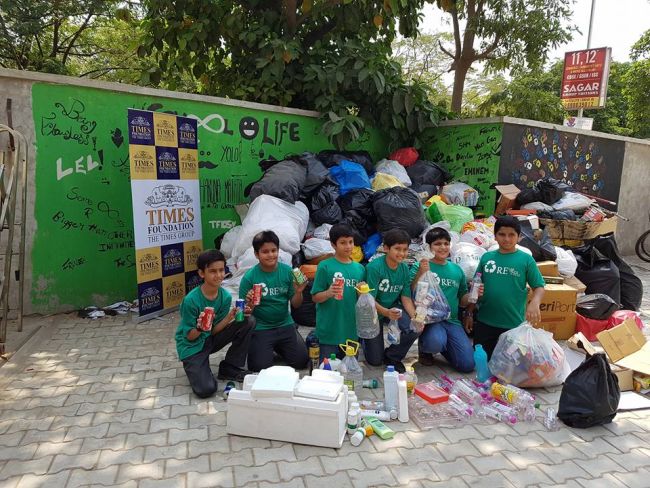 The young swachh warriors at work

Secondly, they tied up with the ragpickers and gave them the segregated waste free of cost so as they don’t have to segregate the waste on their own.

Thirdly, the students came up with the solution to deal with the growing city waste which they submitted for the competition as well, they made a prototype of a bin which they call smart bin.

Explaining the creation of the students, Monal Shah says, the bin consists of two separate trash bins in which the citizen can put the garbage according to the type of waste – Wet and Dry Bin (Green for Wet and Blue for Dry). The bonus part of the smart bin is that when the citizen will drop trash in the right bin they will be awarded a coupon or gift – this is just to motivate the users to throw trash in the correct bin and avoid public littering. The bin will also have a LED panel to display an advertisement so as corporates can put in money for this concept and that LED ad will run through a solar panel attached to the top of this smart city bin. 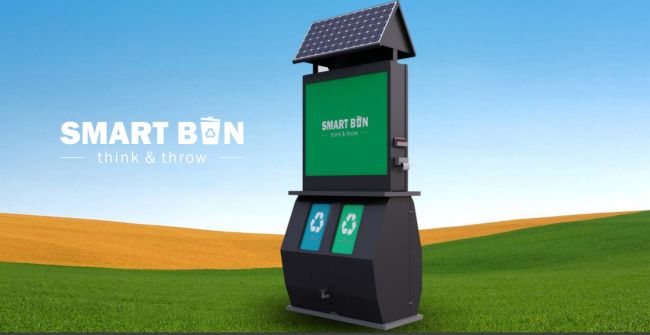 Make way for the ‘Smart Bin’

The ideology which these young swachh warrior is to promote the following – Do not treat trash as trash, but as treasure. The need of the hour for each one of us is to take a cue from this and stop wasting waste as we are doing currently.