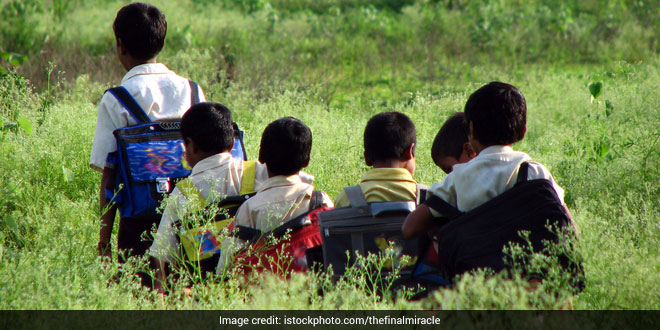 New Delhi: In a rather interesting move, the third largest city of Rajasthan is using children to make the district Open Defecation Free (ODF). As the schools of Kota are about to reopen in the next few days, the Kota Zila Parishad will introduce two kinds of stamps- Kanchan (for houses with toilets) and Shochalaya Vihin (for houses without toilets). These stamps will be placed on the course textbooks that will be distributed across 1,350 schools situated in urban and rural areas.

Once toilets are constructed the Shochalaya Vihin stamps will be replaced with Kanchan Ghar,  “The stamps will be imprinted to everyday remind the citizens about having a toilet at home. Having a negative sticker on their book will definitely want children to replace it as soon as possible. This in turn will put a pressure on parents to end the practice of open defecation,” Jugal Kishore Meena, CEO, Kota Zila Parishad said.

This isn’t the first time that the city has come out with a technique of using children and openly reminding people of constructing a toilet. Just before the children dispersed for their vacations, the Zilla Parishad had distributed ‘Sankalp Patras’ (oath letters) in all its schools. As per the letter, every parent must undertake the oath of building a toilet at home if it doesn’t have one. Once the schools reopen the letters will be collected by respective schools and based on the feedback, action will be taken. 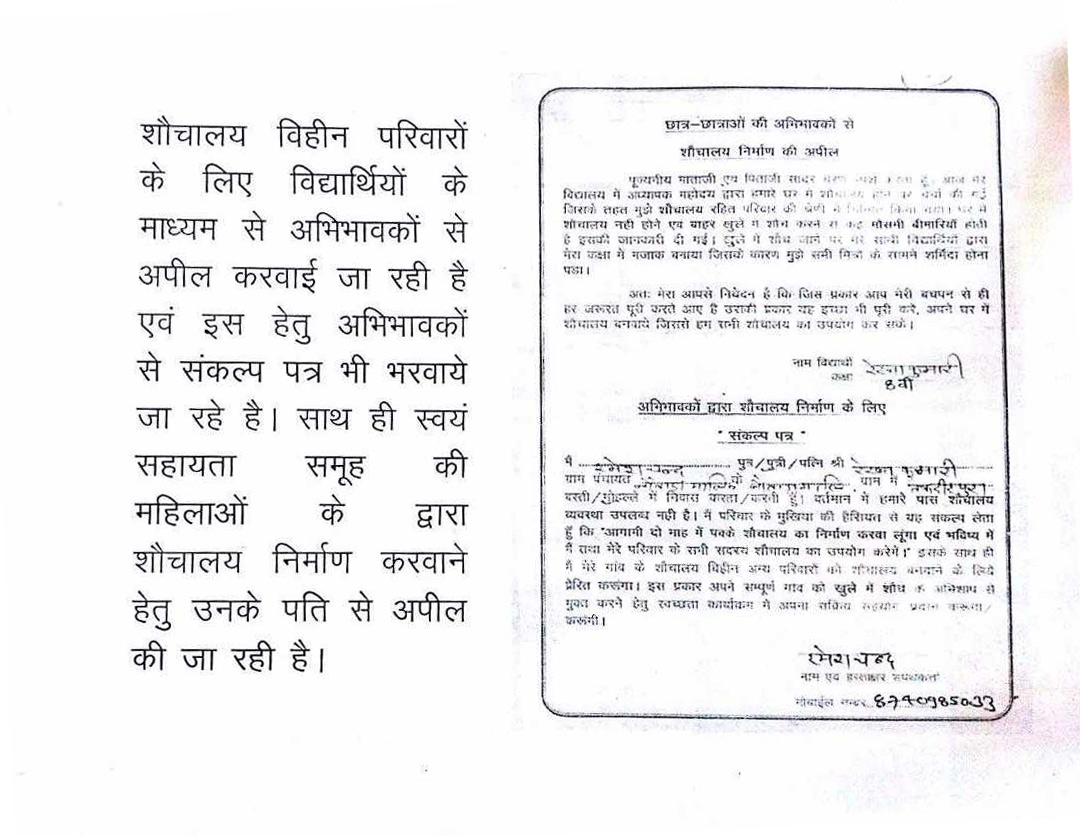 The ‘Sankalp Patras’ have been distributed in more than 1,350 schools of Kota

Children are the catalysts of change and we are ensuring that children urge their parents to construct toilets. Often, after much persuasion, parents agree to what their children demand. So we thought of channelising it to make the district ODF.

Besides this, the administrative machinery is also marking houses with red colour which do not have a toilet. The government is also conferring the label of ‘Kanchan’ meaning gold to villages that are turning ODF.

Linking the Swachh Bharat with Swastha Bharat, the doctors are also playing an important role in spreading the message of developing sanitation by constructing toilets, “We have issued directions to all the hospitals to educate people about the ill-effects of not having a toilet,” said Mr Kishore.

Of the 155 villages, 69 have gone ODF so far and the aim is to make the entire district ODF by October 2, 2017 confirmed Mr Kishore.

Can This Smart Bin Made By The 13-year-old School Children Solve India’s Growing Garbage Issues?

Swachh Bharat On 70 mm: Movies That Are Spreading The Swachhta Message