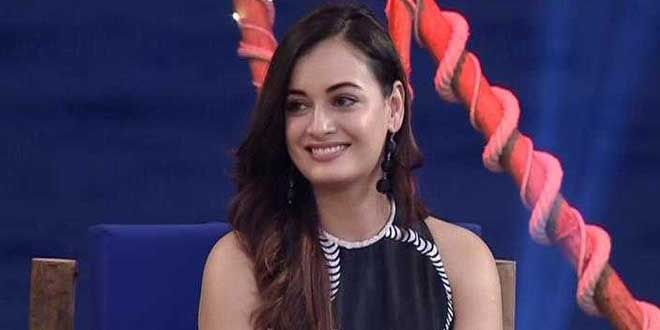 New Delhi: ‘This holiday season, let’s ‘Break-Up’ with single-use plastics,’ urges actor and United Nations Environment Programme (UNEP) goodwill ambassador Dia Mirza to netizens. Kick-starting the ‘Break-Up’ campaign again which was initially started this year in February 14 with a message of giving up the toxic relationship with plastics and finding a new forever love in green alternatives like a cloth shopping bags and metal or glass water bottles, re-usable coffee mugs, Dia Mirza along with UNEP hope to address the global challenge of plastic pollution, which is choking the oceans and marine life. The actor took it to social media recently and said,

This holiday season let’s celebrate a long-lasting love instead of a fleeting relationship with single-use plastic. Commit to #CleanSeas – give a gift to the ocean. Take the pledge to beat plastic pollution.

Watch: Actor Dia Mirza Urges All To Say ‘No’ To Plastics

This holiday season let’s celebrate a long-lasting ❤ instead of a fleeting relationship with single-use plastic. Commit to #CleanSeas – give a gift to the ocean: https://t.co/UNwtVCyjUc
???????????? Sign the pledge! https://t.co/5CqgK8mhy4

The tweet also supported a thought-provoking promotional film called ‘The Break-up’, which takes lighter look at the issue of marine litter and asks viewers to make a pledge to break-up with single-use plastics, such as water bottles, straws and bags.

According to a study published in a Public Library of Science journal, there are more than 5 trillion pieces of plastic floating in the world’s oceans, that is equivalent to the size of Argentina and experts are predicting that there will be more plastic than fish in the world’s oceans by 2050.

If we have to change this grim reality, we have to ditch plastic from our lives. From many years, actor Dia Mirza has started a war against plastic, it is time for everyone to pitch in and help oceans breathe without plastic.

The Many Harms Of Using Plastic

Plastic may be an easy and convenient option but the truth is plastic never goes from the earth as it is a non-biodegradable product. Experts say that plastic takes some 500 years to decompose itself.

Whereas, scientists say that every square mile of our oceans contains about 46,000 pieces of floating plastic, which ends up taking life of approximately 1 million birds, 100,000 whales, sharks, seals, dolphins and turtles every single year.

India is the 12th biggest plastic polluter in the world and it’s mighty River Ganga is responsible for dumping around 1.15-2.41 million tonnes of plastic into the world’s oceans every year, according to a study published in Nature Communications journal in September last year.

Will you help save the planet from chocking in plastic waste? Tell us your ‘break up’ story in the comments box below.