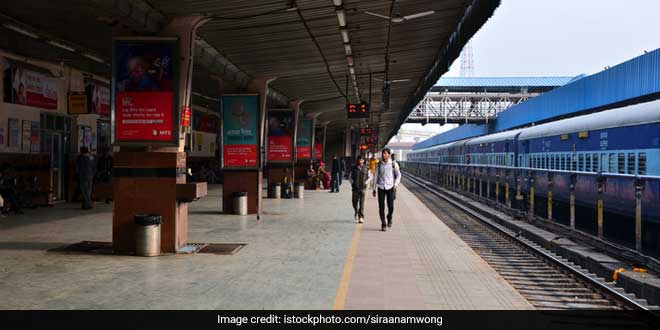 New Delhi: When one thinks of toilets in railway stations or even coaches, foul-stench, choked loo or water problems come to the mind. We can simply not imagine these toilets to be well kept or maintained or even fit to use. But that might hopefully change soon as Indian Railways have been taking several much-needed initiatives to improve their hygiene and sanitation in not just the train lavatories but also at the railway stations. In a written statement to the Rajya Sabha, Railway Minister Piyush Goyal has listed eight initiatives taken by the Railways or are being undertaken towards the maintenance and improvement in standards and cleanliness of toilets in trains and at railway stations.

1. Installation Of Bio Toilets In Coaches

To avoid the waste from falling on the tracks and platform lines, Indian Railways have intensified the pace of installation of bio-toilets in coaches. As per the ministry, they’re planning to replace all the toilets of the broad-gauge coaching fleet by 2019 under the Swachh Bharat Abhiyan.

2. Adding Dustbins For The Maintance Of Coach Toilets

The provisions to add dustbins, health faucets and mug with chain in all the AC and Non-AC coaches are being done.

3. On Board Housekeeping Service

Indian Railways have provided On Board Housekeeping Service (OBHS) in more than 1050 pairs of trains including Rajdhani, Shatabdi and other important long distance Mail/Express trains for cleaning of coach toilets, doorways, aisles and passenger compartments during the run of the trains.

A facility called ‘Coach Mitra’ has been introduced in approximately 1000 OBHS trains. Coach Mitra is a single window interface to register coach related requirements of the passengers. These requirements may include facilities like cleaning, disinfection, train lighting, linen, air conditioning or even watering of coaches.

5. Separate Toilets For Males And Females At The Railway Stations

Separate toilets for men and women are available as per the norms at all categories of railway stations. Indian Railways is however upgrading the amenities at the stations with a major focus on the toilets. As per the statement, 2894 toilets were either constructed or improved in the last 4 years and the process is ongoing at the railway stations across the country depending upon the need, volume of passenger traffic and priority subject to availability of funds.

6. ‘Pay And Use’ Toilets At The Railway Stations

Operation of male and female public toilets is being done on a ‘Pay and Use’ basis under a Public Private Partnership (PPP) model. Zonal Railways have been authorised concerning the operation and maintenance including the cleanliness of these toilets on a contract basis. As per the statement, more than 900 railway stations have ‘Normal’ pay and use toilets while about 60 stations have ‘deluxe’ pay and use toilets.

Mechanised cleaning of coaches and toilets are being carried out by professional agencies at around 145 coaching depots. On the other hand, Integrated Mechanised Cleaning contracts with improved process and machinery is being carried out at about 520 railway stations as well as the station lavatories.

Indian Railways had launched a cleanliness campaign ‘Swachhta Pakhwada’ under the Swachh Bharat Abhiyan on 2nd October, 2014, the statement read. Under the campaign, several initiatives and awareness drives have been organised on a fortnightly and monthly basis, with the sole objective to achieve significant and sustainable improvements in the cleanliness standards of the trains and the railway stations.

Other than these 8 major initiatives, the statement said that the Indian Railways have been conducting regular inspections at various levels and the issues are being resolved whenever noticed. Appropriate actions are also being taken against the contractors who are found to be not up to the mark in the performance of their duties.