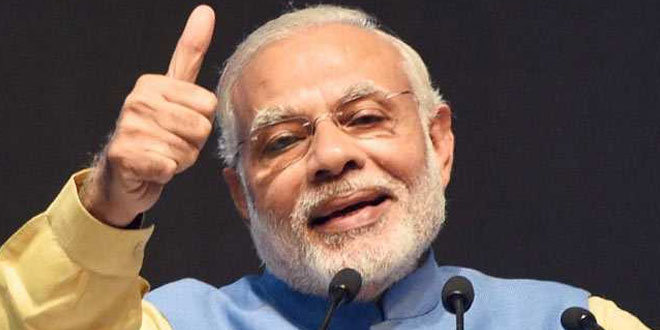 New Delhi: “Celebrate Ganesh Utsav wholeheartedly, with great enthusiasm and fervour, but also keep it green, keep it eco-friendly,” urged Prime Minister Narendra Modi while addressing the nation on the 46th edition of Mann ki Baat, a monthly radio programme, on a Sunday. With an appeal to use eco-friendly Ganesh idols and decorations, PM Modi further added,

Right from Ganesh idol to all decorative material, everything ought to be eco-friendly and I will appreciate that separate competitions be organised in each city. Prizes too should be awarded for these, and I will like eco-friendly items related to Ganesh Utsav are displayed for wider publicity on My Gov and Narendra Modi App.

The green appeal to citizens is Prime Minister Narendra Modi’s way of supporting the sustainable campaign that has been running across the country by the environment bodies and activists who have been advocating the use of eco-friendly materials for making these idols, instead of toxic substances that badly harm the aquatic ecosystem.

Generally, Ganesha idols are made up of Plaster of Paris (POP), plastic and cement. The worrisome part is that the idols keep on polluting the water for hundreds of years because Plaster of Paris takes several years to fully dissolve. Moreover, Plaster Of Paris reduces oxygen levels in the water, kills the fishes and other aquatic animals.

Moreover, they are decorated with paints (which are toxic), heavy decorations and flowers. When the immersion takes place, the statue of the idols with all its non-biodegradable materials and toxins end up in the water, leaving an indelible impact on the ecosystem.

This year, Ganesh Chaturthi is scheduled to be celebrated from September 12and in a bid to save India’s water body from further pollution, PM Modi has made this appeal to the citizens.