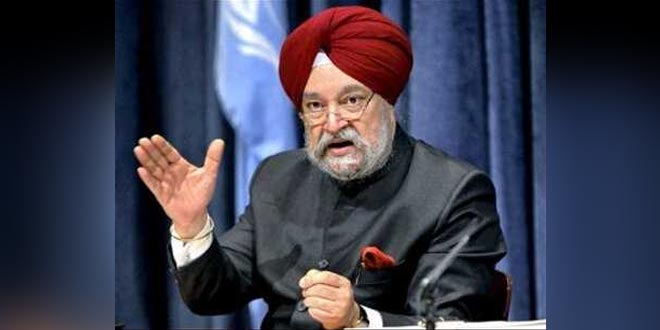 New Delhi: The Centre has raised with the Delhi government the issue of “under-utilisation” of funds under Swachh Bharat Mission and asked it to step up expenditure under the scheme to improve services, sources said. Housing and Urban Affairs Minister Hardeep Singh Puri has recently written to Delhi Chief Minister Arvind Kejriwal, stating that Rs 104.75 crore were released by the ministry in 2015 against the allocation of Rs 349.75 crore, the sources said.

“Out of this, a sum of Rs 32.52 crore only has been spent so far and the balance is lying unutilised. Urgent efforts appear to be called for to step up the incurring of expenditure and delivery of services to the Delhi’s citizen for promoting Swachh Bharat,” the sources said, quoting the letter.

Delhi has revised its target of Individual Household Latrines (IHHL) to 435 against the mission target of 1,25,398 as community toilets were considered more feasible, they said.

But, the target for community toilets was increased only by 370 which should have been enhanced by 20,800 to provide toilet facilities to all individuals who do not have space to get toilets constructed in their houses, they added.

In case of public toilets, only 328 have been constructed or under construction against the mission target of 9,156, Minister Puri was quoted to have said in the letter.

Lack of community/public toilets forces the public to defecate and urinate in open with consequences leading to unhygienic conditions and health issues for the city, they said, quoting the letter.

Minister Puri, according to sources, requested the chief minister to adopt a strategy and comprehensive action plan for the mission and implement it on a “war footing”.

They said the Union minister, noting that the status of implementation of the cleanliness mission in Delhi is a matter of concern, said efforts were required to ensure that all agencies like municipal corporations, DUSIB, PWD and DJB were performing their duties effectively and efficiently to meet meet the objective of Swachh Bharat Mission.

The mission aims to achieve clean and open defecation free (ODF) by October 2, 2019, the 150th birth anniversary of Mahatma Gandhi.

Minister Puri also noted in the letter that Delhi was yet to implement the Solid Waste Management rules in “right earnest” that results in high quantity of waste going to land fill sites for dumping.