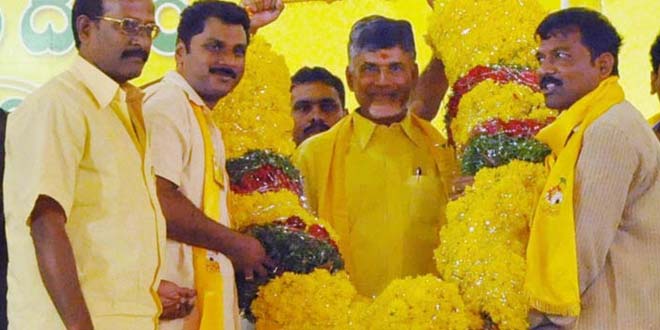 In a teleconference with all 13 district collectors from his office, he also asked them to prepare an action plan to make the entire state Open Defecation Free by October 2, 2019 under Swachh Bharat campaign.

He said the state has attained 12.26 per cent growth rate in the first quarter of this financial year though the national growth rate stood at 7.3 per cent.

The Chief Minister said the primary sector, agriculture, and its allied sector like fisheries, animal husbandry and horticulture achieved 22.7 per cent growth.

Apart from setting a target for attaining ODF status, Mr Naidu also asked officials to take measures to maintain the present growth rate in agriculture by tackling the challenges thrown up by drought conditions.