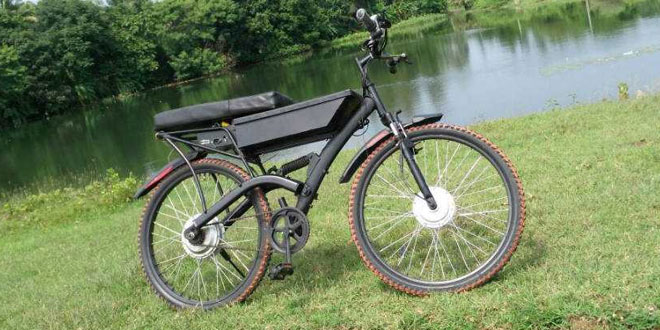 Wuxi (China): China’s leading electric vehicle company, Sunra, sees India soon emerging as the world’s biggest market for electric bikes and plans to set up a factory in the country. The firm, which exports e-bikes and its spares to some 70 countries, including India, says it is upbeat about investing in the country, especially in light of Prime Minister Narendra Modi’s policies for the electric vehicle (EV) sector and invitation to companies to manufacture e-vehicles in India.

“We are studying the policies and we want to set up a factory in India, most likely in Bangalore (Bengaluru),” Sunra’s General Manager Victor Lu told IANS at the company’s headquarters in Wuxi, a fast-developing city in China’s eastern province Jiangsu. According to McKinsey, China has emerged as the leader in both the supply of and demand for electric vehicles. In 2017, 777,000 EVs were sold in China as compared to 507,000 in 2016.GM Lu, however, thinks India will outpace China in four or five years in terms of demand for e-vehicles.

We see India as the world’s biggest market for e-bikes and we want to tap into it. There is so much pollution in Delhi and other Indian cities. People would switch to e-bikes very soon and, the Modi government’s decision to encourage the use of e-vehicles is all the more reason for us to invest in India, GM Lu said.

India is the world’s second-largest greenhouse gas emitter after China and tops the list of countries having the biggest number of two-wheelers that run on petrol. And many of the world’s most polluted cities are in India. This is one of the reasons the Modi government wants India to switch to e-vehicles. It estimates that this will significantly cut the country’s oil bill and also bring down emissions by 37 percent.

Sunra already has a presence in India as it exports batteries, other spares parts and e-bikes to the country. “We have 16 small-time partners in Delhi. We send our engineers to these companies to assemble e-bikes. Now, we want to go big,” GM Lu said, adding that India already has two Sunra bike models on its roads. “There are six models that are currently under ARAI (Automotive Research Association of India) test. At present, we make only 20 percent bikes for the Indian market, but we want it to be 80 percent in the future,” he added.