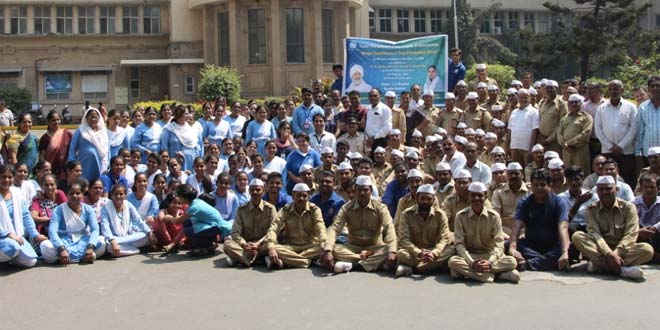 Mumbai: On February 23, amidst the usual hustle and bustle of patients and hospital staff, an army of more than 500 volunteers marched into the premises of J J Hospital in Mumbai Central. Armed with bins, brooms, masks and gloves, the volunteers gathered at the hospital around 8 AM, took a pledge of swachhta (cleanliness) and started a cleanup activity. Along with this drive, there were 900 other cleanup and tree plantation drives simultaneously being carried out in 925 hospitals across India. The drives were conducted by Sant Nirankari Charitable Foundation (SNCF) to commemorate the 65thbirth anniversary of Baba Hardev Singh, spiritual guru who believed in a clean environment. 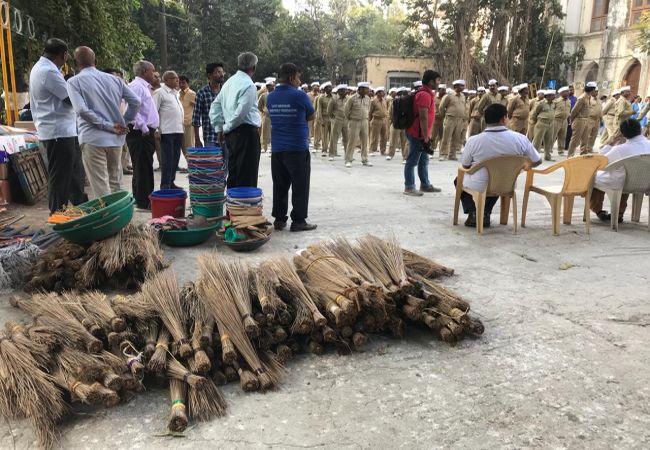 500 volunteers gathered at J J hospital around 8 AM, took a pledge of swachhta (cleanliness) and started a cleanup activity

The volunteers have done a commendable job in serving the society. It is the 65th anniversary of Baba Hardev Singh who instilled in us this responsibility and sense of duty towards the society. Saving the environment is in our own self interest and so today the SNCF has hosted the mega tree plantation and cleanliness drive. The purpose is to give back to the society.

The volunteers were divided into 50 teams. Each team was assigned an area outside or inside the hospital. Welcoming the initiative, the doctors from the hospital also accompanied the teams and monitored their work. 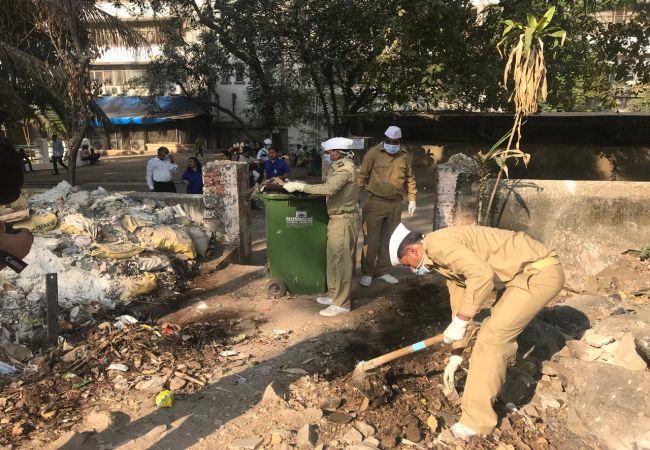 50 teams were assigned an area outside or inside the hospital

On behalf of the hospital we are grateful to the SNCF for organising a cleanliness drive as we all know how important it is in hospitals. The cleaner the hospital, the less chances of infections are there. We have our own team of doctors who accompanied them, Amita Joshi, Acting Dean of J J Hospital told NDTV.

Each team collected dry waste that included plastic, debris, fallen leaves, paper, etc in biodegradable bin bags provided by the SNCF. The Brihanmumbai Municipal Corporation (BMC) had stationed waste collecting trucks in the hospital. At the end of the activity, all the garbage was deposited in the trucks which were then taken to recycling centres. 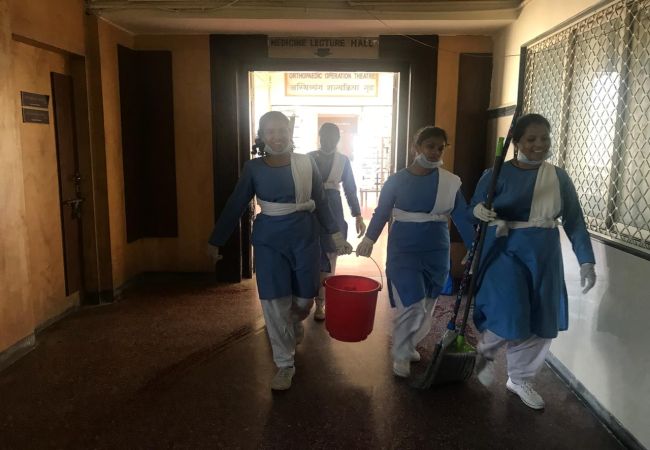 At the end of the activity, all the garbage was deposited in the trucks which were then taken to recycling centres

Highlighting how littering by people is an issue, Labesh Nayak, a volunteer from the SNCF says,

We have conducted several cleanup drives in the past and people’s littering habit is a huge problem. Among the types of wastes, plastic is the most littered item we find every time and the situation is the same here at J J hospital. It is high time people take some responsibly and keep their surroundings clean. 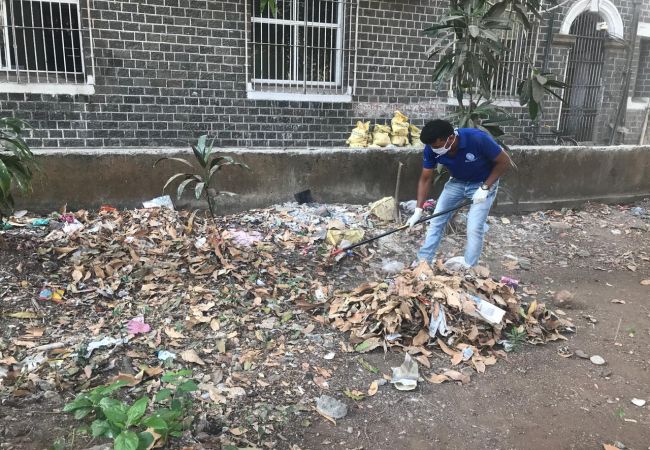 Littering by people is a major issue, highlightes a volunteer from SNCF

3 Lakh Volunteers Drive Out 9,000 Tonnes Of Waste From Over 900 Hospitals Across India

“Pollution, outside or within, both is harmful,” reiterating the words of Baba Hardev Singh, three lakh volunteers from Sant Nirankari Charitable Foundation (SNCF), participated in the cleanliness drive conducted in more than 900 hospitals across India. The volunteers cleaned the premises from 8.30AM to 12PM and a total of 15 lakh man hours were dedicated in the drive. Besides the drive that involved sweeping, mopping the premises of the hospitals and painting of the hospital walls, the volunteers also planted one lakh saplings.

Here are some pictures from the nation-wide drive: 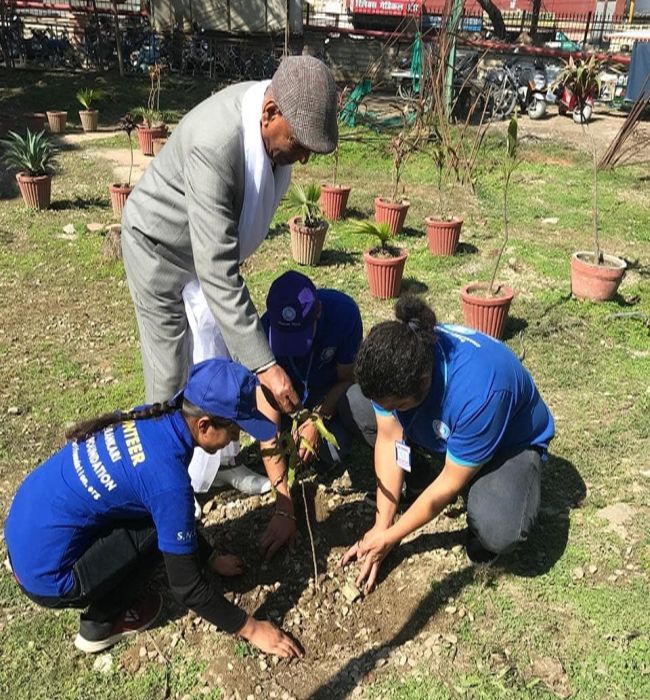 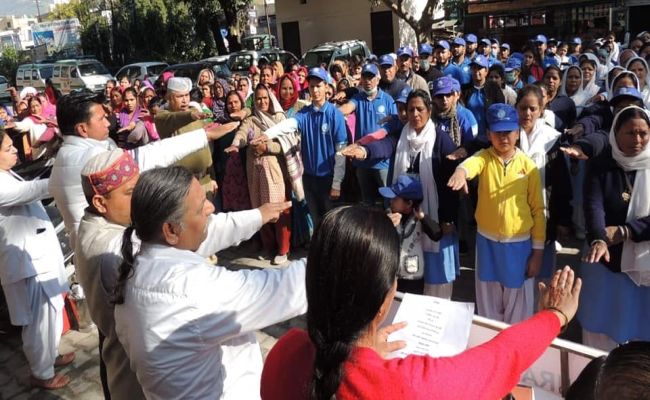 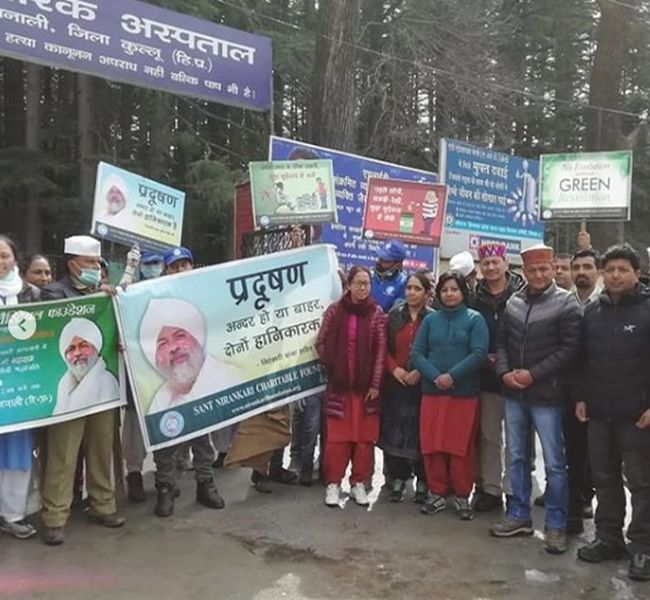 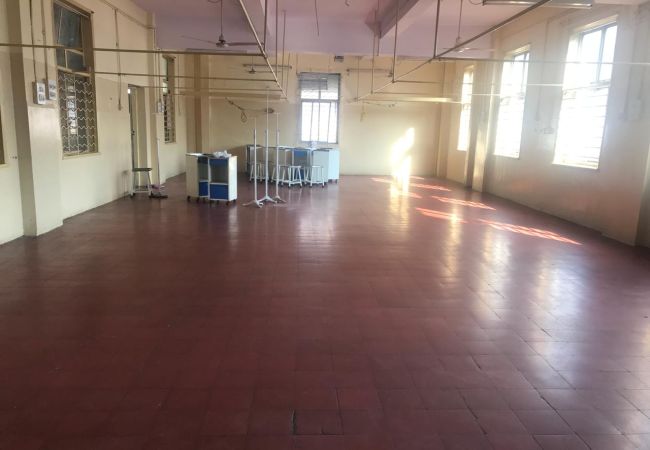