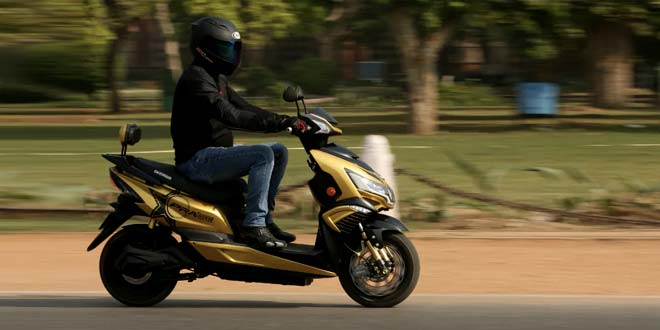 New Delhi: The Union cabinet might approve the much awaited second phase of the incentive scheme for electric vehicles (EVs) under the Faster Adoption and Manufacturing of Hybrid and Electric Vehicles (or FAME II) by the end of this month. FAME was launched by the Ministry of Heavy Industries and Public Enterprises in 2015 and envisages that a 30 per cent of the automobile sold in India will be electric vehicles by 2030. It aims at promoting cleaner mobility alternatives and reducing the country’s dependency on imported fossil fuels.

With an expected outlay of Rs. 5,500 crore, FAME II, will be spanning over a period of five years, the government will be focusing on boosting demand for EVs and creating the charging infrastructure. Once introduced, here is what FAME II, is expected to bring with it:

FAME II is likely to offer a subsidy of Rs. 10,000 per Kilowatt Hour (KWH) of battery to the buyers for e-cycles, electric two-wheelers, three-wheeler, cars, and hybrid cars. The subsidy being offered in FAME I was up to Rs. 22,000 to the buyers in case of electric two-wheelers and Rs, 1.24 lakh in case of electric four-wheelers. For e-buses, uniform buyer incentive at Rs. 20,000 per KWH has been proposed.

2. Incentives For Single Battery Two-Wheelers Are Expected To Come Down

According to Jitendra Shah of Jitendra EV, a Nashik based EV manufacturer that makes electric scooters said that to be able to avail the proposed incentives, electric two-wheeler makers will have to add more batteries, which in turn will escalate the cost and reduce the demand.

Under FAME II, the users of electric and hybrid vehicles will be exempted from paying road tax, registration fee, and parking charges. MoHIPE may make these incentives as a pre-condition for states to be included in the FAME II.

FAME II may focus on making the country’s public transport system including buses, taxis, and auto-rickshaws fully electric in the coming five years.

FAME II may target building a robust charging infrastructure for EVs. The target is to have at least one charger in the area of 3Km square. The government may also include provisions for encouraging indigenous developing of batteries.

3 Lakh Volunteers Collect 9,000 Tonnes Of Waste From Over 900 Hospitals In A Four Hour Clean-Up Drive Across India