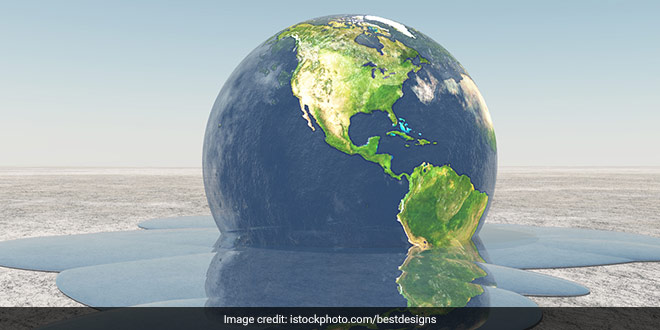 Around the world storms, floods and wildfires are intensifying due to climate change

New Delhi: For years it appeared Lake Turkana, world’s largest desert lake, which stretches into four countries: Ethiopia, Kenya, South Sudan and Uganda and sits in an arid part of northern Kenya, was drying up because its main river inflows had been disturbed by the construction of dams, causing the lake to split into two smaller bodies of water. But, a recent study from the United Nations Environment Programme (UNEP) has predicted a different trend. The study states that over the next 20 years, climate change could lead to heavier rains over Lake Turkana’s river inflows, which would raise water levels in the lake itself and increase the likelihood of severe flooding and possibly a more perilous one for the 15 million people who live on its shores.

Experts feel that our climate is changing around us faster than predicted as a result instances like Lake Turkana is rising on a daily basis and it is forcing people to adapt to new conditions. United Nations Environment Programme (UNEP) says that effects and impacts of climate change can be seen across the world. Over the years there has been an increase in frequency and magnitude of extreme weather events from heatwaves, droughts, flooding, winter storms, hurricanes and wildfires.

Here are some facts that will underline the importance of looking at climate changes and the need to act on it on an urgent basis:

– According to the World Metrological Organisation (WMO), the global average temperature in 2019 was 1.1 degrees Celsius above the pre-industrial period. It was also the second hottest year on record since 2009. WMO also states that 2019 concluded a decade of exceptional global heat, retreating ice and record sea levels, all driven by greenhouse gases produced by human activities

– World Wildlife Fund (WWF), world’s leading conservation organization that works in nearly 100 countries states that the world is already 1° C (1.8° F) hotter than it was between 1850 and 1900, the pre-industrial era. It further states that if we don’t limit global warming, sea levels across can rise which can impact 1 billion people by the year 2050

– United Nations Environment Programme (UNEP) states that due to climate change, between 2009 and 2018, the world lost about 14 per cent of the coral FROM on its coral reefs, which equates to around 11,700 square kilometres of coral, more than all the living coral in Australia.

The preservation of coral reefs is important because it benefits an estimated 1 billion people, either directly or indirectly, from the many ecosystem services they provide, states UNEP. It also estimates that coral reefs provide up to $2.7 trillion per year in services, including providing critical natural infrastructure that protects increasingly vulnerable coastlines from storms and flooding, food security for vulnerable populations, tourism revenue and even raw materials for life-saving medicines.

WWF says that coral reefs are at risk of severe degradation as there is a constant change in water temperature, which causes algae to leave coral reefs, turning them white and making them vulnerable to disease and death—a phenomenon known as coral bleaching.

– Arctic sea ice recedes every summer, but still covers millions of square miles of ocean today. WWF says that Arctic is warming faster than anywhere else on Earth and ice-free summers could become a reality

– If countries cannot agree on sufficient pledges, in another 5 years, the emissions reduction necessary will leap to a near-impossible 15.5% every year. The unlikelihood of achieving this far steeper rate of decarbonization means the world faces a global temperature increase that will rise above 1.5°C annually. Every fraction of additional warming above 1.5°C will bring worsening impacts, threatening lives, food sources, livelihoods and economies worldwide, states UNEP

– The World Health Organization (WHO) has stated there is no evidence of a direct link between climate change and the emergence or transmission of COVID-19. However, it adds that almost all recent pandemics originated in wildlife and points to evidence that disease emergence could be partly driven by human activity. What is more certain, WHO says, is that climate change can indirectly affect responses to the pandemic, by undermining the environmental determinants of health and placing extra stress on health systems.

Experts On The Urgent Need For Climate Action

Chandra Bhushan, CEO, International Forum For Environment Sustainability & Technology underlines the importance of phasing out the dependence on fossil fuels in the next few years to keep a check on global warming. He adds,

Developed countries will have to start phasing out the dependence on fossil fuels quicker than developing countries. If we want to remain within 1.5° C this is the immediate step we need to take, developed countries need to phase out fossil fuels by 35-40 per cent. It is only then, developing countries like India will have some breathing space for few years. And the whole world needs to phase out of fossil fuel in the next three decades. It is advisable, that instead of investing in fossil fuel industries, we should start investing in greener technologies.

If we had taken care of the biodiversity, we wouldn’t be facing the current Covid-19 pandemic. If you look at it holistically, we need to act with certain amount of speed and some amount of direction and certain objective. You see the living planet report of WWF, we have recorded 68% decline in species of wildlife population since 1970. There is need for speed and in action, increased protection and conservation efforts. We need to produce and consume more sustainably. The message is that we cannot hold all actions only for government. We should hold it our institutions, individuals and municipalities we belong.

Each Day Without Climate Action Is ‘A Day Wasted’: UK’s Attenborough