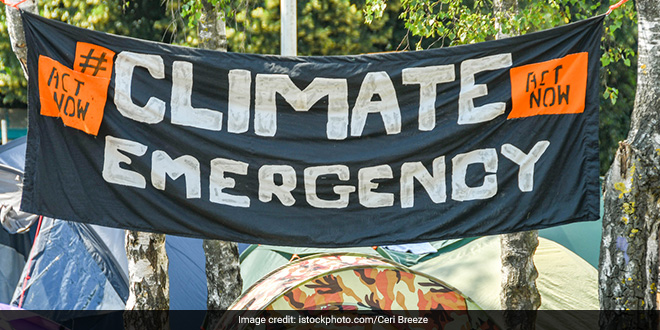 Climate change awareness rose slightly in the United States in 2021, the second biggest global polluter, to 51.5 per cent: Study

Berlin: Concerns about climate change shrank across the world last year, a survey shows, with fewer than half those questioned believing it posed a “very serious threat” to their countries in the next 20 years. Only 20 per cent of people in China, the world’s biggest polluter, said they believed that climate change was a very serious threat, down 3 percentage points from the previous poll in 2019, the survey by Gallup World Risk Poll showed on Wednesday (October 19). Globally, the figure fell by 1.5 percentage points to 48.7 per cent in 2021, it said.

The COVID-19 pandemic and concerns about more immediate issues such as health and livelihoods may partly explain the drop, the survey, based on over 125,000 interviews in 121 countries, showed.

Climate change awareness rose slightly in the United States in 2021, the second biggest global polluter, to 51.5 per cent, it added.

The findings come ahead of the next round of global climate talks when countries meet in Egypt in November for COP27.

But despite the shrinking concern, the ecological bill of climate change is growing globally.

A study by the Institute for Economics and Peace of 228 countries and territories found that 750 million people globally are now affected by undernourishment and climate change as well as rising inflation, and Russia’s war in Ukraine will exacerbate food insecurity in the future.

More than 1.4 billion people in 83 countries face extreme “water stress”, where more than 20 per cent of the population do not have access to clean drinking water, the study showed.

Several European countries are expected to experience critical clean water shortages by 2040, including Greece, Italy, the Netherlands, and Portugal, the report found, which will also hit most of the sub-Saharan Africa, the Middle East and North Africa.

Annually, air pollution has cost the world $8.1 trillion, or 6.1 per cent of global gross domestic product, causing between 6 to 9 million death, the study showed, adding that the average global cost of natural disasters reached $200 billion annually, four times higher than in the 1980s.

“Negotiators at COP27 need to consider the ways in which climate change is exacerbating the impacts of ecological threats … and how the international community can mitigate them,” Steve Killelea, the founder of the Sydney-based institute, said.