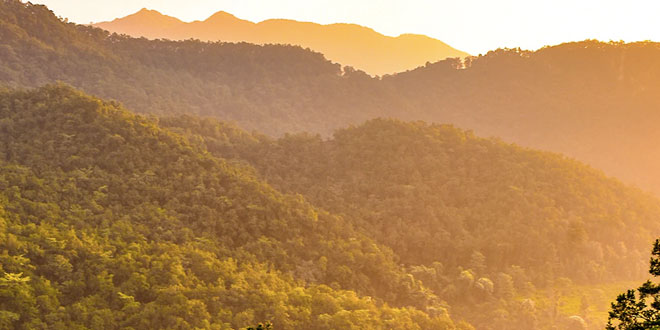 Kochi: India’s iconic Western Ghats, inscribed by UNESCO in 2012 as a natural world heritage site, is threatened by population pressure, urbanisation and climate change, according to a new report by the International Union for Conservation of Nature (IUCN). The IUCN World Heritage Outlook 3, published last week, builds on previous reports from 2014 and 2017 to track whether the conservation of the world’s 252 natural world heritage sites is sufficient to protect them in the long term. According to the 2020 report, the conservation outlook of the mountain chain of the Western Ghats, one of the worlds eight hottest hot spots of biological diversity, is of significant concern.

If a sites conservation outlook is of significant concern, its values are considered to be threatened by a number of current and/or potential threats with significant additional conservation measures being required to preserve these values over the medium to long term.

The report said while the state of world heritage values in the property was considered as good at time of inscription and appears to remain so, there is some concern regarding threats from outside the site. Noting that a number of flagship mammals including parts of the single largest population of globally threatened landscape species occur in the property, the report said fragmentation caused by development pressure in the Western Ghats are shrinking the availability of wildlife corridors and suitable habitats outside protected areas.

The fact that so much biodiversity remains in the Western Ghats given the tremendous population pressure both within and surrounding the property is extraordinary. A large number of threats, which severely threaten the outstanding universal value of the world heritage property, exist and require coordinated conservation responses at all levels including political, sociological and biological, the report said.

It said the ongoing pressure for development such as new road construction and broadening of existing roads, and power production would continue to place the property under threat.

Urbanisation together with agricultural expansion, livestock grazing and forest fragmentation are also posing serious threats to the species and habitats of the Western Ghats. Climate change will probably exacerbate a system already under pressure and has the potential to impact on the large-scale monsoonal processes, which influence the Western Ghats. Politically, the entire Western Ghats is extremely difficult to protect and manage given the large number of different stakeholders operating in the area, the complexity of governance arrangements and the fact that 40 per cent of the original forests have already been destroyed, the latest assessment said.

It said functional corridors that assure wildlife movement between protected areas are required and this is a great lacuna in the conservation scenario in Western Ghats and India as a whole.

Corridors have been identified, but no sustained and sincere efforts have been taken to establish them. One such example in Western Ghats is the Ariankavu corridor between the Periyar-Agasthyamalai landscapes, the report said.

It said the protection and management challenges are compounded by high population pressure and the appetite for development as well as the apparent weak integration of the sites management with broader national, state and local development planning.

Moderating the tropical climate of the region, the site presents one of the best examples of the monsoon system on the planet. According to the UNESCO, the forests of the site include some of the best representatives of non-equatorial tropical evergreen forests anywhere and are home to at least 325 globally threatened flora, fauna, bird, amphibian, reptile and fish species.

This property was inscribed in 2012 amid some controversy given the difficulty to decide how best to represent the extraordinary biological richness of the Western Ghats. Finally, a network of 39 separately managed sites, grouped in seven contiguous clusters, was inscribed and efforts are under way to draw these sites together into a cohesive whole (including corridors to ensure wildlife connectivity) that tells the story of the outstanding value of the Western Ghats.

The report revealed also proposals and good potential to further extend the property to better express its outstanding universal value, which needs to be re-examined within the constraints of the world heritage operational guidelines vis-a-vis the state’s willingness to include new areas that were previously missed out mainly due to administrative reasons.

The IUCN World Heritage Outlook provides a global assessment of natural world heritage based on data from conservation outlook assessments for every natural site on the world heritage list. The new report presents the main findings from the 2020 conservation outlook assessments providing the overall results for all 252 natural sites currently listed, and a comparison of results for the 228 sites for which there are now three sets of assessments available (2014, 2017 and2020).